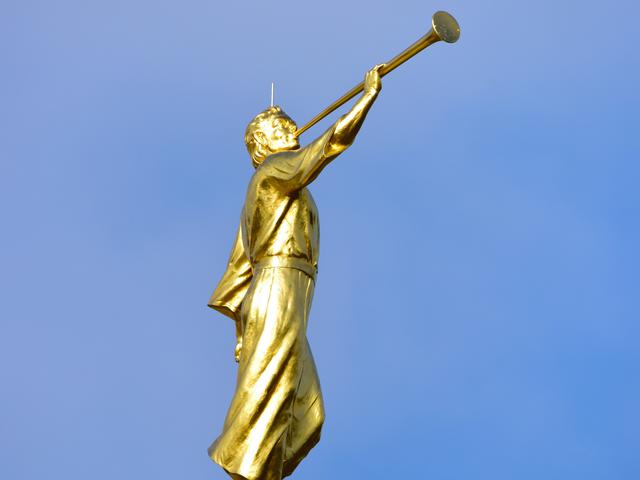 “At what point will I stop talking about Mormons? When will it no longer be a part of me?”

I leaned back in my chair, a deep sigh escaping my nose as a I did so, and I couldn’t help but smile. “I don’t think that will ever be the case.”

“Well, neither am I. In fact, I can’t seem to stop writing about it.” Internally, I reviewed the ways Mormonism was showing up in my life, even after my years away from the religion. In fact, I’d just finished my own memoirs, and I gave it a three word title, all three words easily capturing my story: Gay Mormon Dad.

“It just makes me crazy. I don’t go to church. I don’t associate with my family. I don’t even live in Utah anymore. I just, I swear it comes up in conversation at least a few times per week.”

I laughed out loud this time. “For me, too. I mean, I do live in Utah, but it is constant. I choose biographies randomly, for example. Recently I read one about James Buchanan, the president before Abraham Lincoln. He was a terrible president, and, ironically, was probably gay. Anyway, before he led the country into Civil War, he actually sent an army out to Utah to confront Brigham Young and his followers. There was a whole chapter about how Young ordered the Saints to destroy their own lands so the army couldn’t get them, and how they later came to peace and rebuilt. I spent two days thinking about how that was the environment I grew up in. The prophet tells you to burn down your own house to defy the government, and you do it, and then he convinces you that it was what God wanted. That’s how I grew up.”

My friend rubbed his fingers over his temples, fighting off a headache. “That is the world we grew up in, isn’t it? It feels like brainwashing.”

I leaned back in my chair. “I once had someone, who is still actively Mormon, tell me that I was obsessed with Mormonism, that I couldn’t stop talking about it. He said that if I wanted to get out of the church, then I should just get out and let people who practice the religion do so in peace. He asked me whyI keep writing about it.”

“I told him it’s still a part of my existence. It was the driving force of the first three decades of my life, and of my childhood. My family still actively practices. My kids’ mom grew up in it, and their heritage on both sides for generations was part of it. And it surrounds me here. The streets in my  neighborhood are named after Mormon places. The government is predominantly Mormon, and the culture all around me. The very history of the place I live is all Mormon-influenced. If I talk about grade school, my grandparents, my college years, my mission, the births of my children, being gay, being a dad, dating, or where I live, they are all tied to and influenced by Mormons.”

“Well, fuck.” My friend said, and we both laughed more loudly this time.

Our conversation shifted for a bit to current events across the country. Hurricanes were ravaging Southern coastlines, again. The children of immigrants were being told by those in power that they weren’t welcome here, again. Transgender people were being banned from the military, again. Racists were marching in the streets while public officials refused to denounce them, again. Public shootings were being reported daily in the news, again. Connections to Russia were being investigated and it felt like the Cold War, again. Women’s right to health care was being debated, again. It felt like all of the most dark parts of America’s history were showing up in politics and the media in the worst ways, and in the most public ways possible. It was exhausting.

“If we left the country, moved somewhere that felt safer and more accepting, like Canada or France or wherever, I bet we would still talk about being American, almost constantly. And we would talk about being gay. And we would talk about growing up Mormon. And being parents. We would always give voice to the things that inspire us, that shape and mold us into the people that we have become. And I guess that is brainwashing in its way, but I guess it is also just human culture, the way we tend to view things through our own eyes and experiences.” I rapped my fingers on the table gently as I talked, positing a different reality that somehow felt the same.

“Hey, not so much the American part, but that sounds like an awesome book title!”

“Man, you do love to talk about yourself.” He jabbed.

And so do we all.