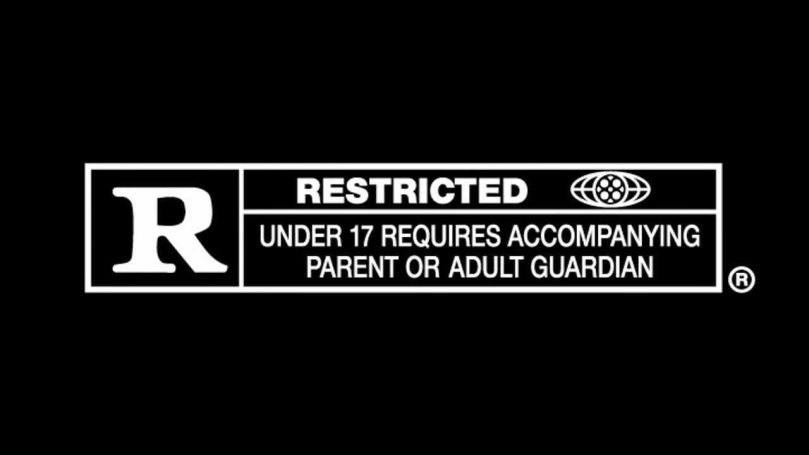 “Mom, do you realize we are paying for poison to come into our home each night?”

My mom looked over, confused, her hands deep in dishwater. It was only 7 am. “What do you mean by poison, Chad?”

I stood nervous, almost shaking, feeling abjectly ashamed of myself. I was just out of the shower and dressed for school, in jeans and a striped t-shirt, and my hair was still wet. I’d been mentally flogging myself in the shower, telling myself I was horrible and evil, and I’d come rushing up the stairs to talk to my mom about it as best I could.

“We–we are paying for a monthly subscription to HBO,” I explained. “It is constantly streaming evil content. Bad things. Sexual situations. Mom, it shows moves that are rated R!”

She pulled her hands from the water, drying them on a towel. “Well, yes, but only late at night.”

I nodded, shutting my eyes tight and feeling fresh tears on my cheeks. “Yes, but I have a TV right there in my room. I wake up at night and I’m tempted. I have pictures of the Savior on my bedroom wall, but there is a TV right there, and I just know that if I turn it on, it will have sexual content on it. It’s far too tempting, Mom! I’m being a good Priesthood holder, at least I’m trying, but I’m constantly tempted! And we are paying for that filth to come into our home!”

Mom placed a hand on my shoulder and looked me in the eyes. “That’s a good point. I hadn’t really thought of it that way.”

“We are paying for it!” I repeated again, with more emphasis.

“Okay, okay.” She gave me a hug. “You’re a good son, Chad. Let me talk to your step-father about this. He’s the one who uses HBO the most.”

I pulled away, still panicking. “If we can’t get rid of it, can we put some sort of password on it? Or–or maybe I just need to get rid of my television so I won’t be tempted.”

Mom assured me again that she would talk to Kent about it, and then told me she appreciated me for talking to her about it. Then it was time to catch the bus.

I was 15 years old. I was a teacher of the Aaronic Priesthood in my local Mormon ward in Idaho. I was paying my tithing, going to church, and reading my scriptures, plus I was saving up money for my mission, but from time to time I just gave into temptation. My friends would joke about watching shows like Baywatch or Strip Poker on MTV, where they could see hot girls in bikinis, and I chided them for it, saying they were inviting spirits of temptation into their homes. But I was much worse. I was a hypocrite. I would stay up late to watch girls who weren’t in bikinis, and, even more, watch the guys who would get naked with them.

I didn’t dare tell anyone about the rated R movies, and I definitely didn’t dare tell anyone about how I liked to watch the guys. Guys my age couldn’t stop talking about boobs, but I couldn’t get my mind of good-looking shirtless men. When I got distracted from being religious, these handsome men would consume my thoughts. I had a secret video tape in my bedroom where I had used the VCR to record guys on various shows who had their shirts off, like Billy from Melrose Place and Eric from the Grind. Watching this tape felt naughty and sinful, but it wasn’t nearly as bad as the HBO shows, where the men would be shown in sexual situations, and it would usually show their butts too, and that filled my thoughts in a different way. It was arousing and heady, and would almost always lead to masturbation. But then I would be overcome with a sense of deep and abiding shame. I hated myself for giving in to temptation. I knew it was normal for teenagers, but I wasn’t supposed to be a normal teen. I was supposed to be better.

The first naked butt I could ever remember seeing was on the movie Dances With Wolves. For just a few seconds, Kevin Costner’s character had his butt exposed, and I couldn’t stop staring. I’d asked for the movie for Christmas that year, and sometimes when my parents were gone, I would just fast-forward it to that scene and push pause. Later, I’d fantasize about him, and then immediately feel terrible afterward again.

I was lonely a lot. I was too young to date girls then, but it was guys I couldn’t stop thinking about. I wanted friends to have sleepovers constantly just so I could be close to other guys. It was exciting, even though we never did anything, and sometimes I would make suggestions that we play truth-or-dare or strip poker, but the other guys never seemed interested in it. And a few times, when friend slept over, we would turn on HBO together, watching briefly, and there would be a moment when I could tell we were both aroused, but we never did anything about it. I was alway so scared of them noticing, yet also scared that the wouldn’t notice. If any of my friends had been interested in cuddling, kissing, strip poker, or fooling around, I wasn’t sure I would be able to resist. I wanted that more than anything, and there was nothing I was more scared of.

We didn’t really talk about HBO again. Kent refused to get rid of it. I tried hard to avoid temptation, but I’d give in from time to time. And after one night of seeing a rated R movie, I scheduled an appointment with the bishop, and in that appointment, I told him I was attracted to men and that I struggled with masturbation. In response, he gave me a book called the Miracle of Forgiveness, one that would teach me to repent, and one that taught how to cure homosexuality. More than anything, the book taught me to lock up all the parts of me that were gay and never show them to anyone ever again.

After that, I didn’t struggle much with rated R movies. I didn’t need them anymore. The family had just purchased monthly access to the internet through America Online.