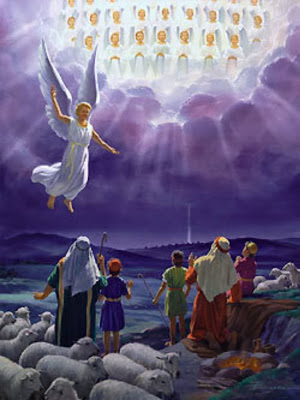 I grew up in a religion that actively taught about supernatural forces directed by God for the good of mankind. I was taught that everyone who has ever lived on Earth existed in a spiritual form prior to coming to Earth and receiving bodies. In that pre-mortal form, we had relationships and interactions and intellect, and that we made the choice to come to Earth, knowing we would have spiritual blinders placed on us to restrict our memories of that pre-mortal life. Any spirit who didn’t choose to come to Earth could roam the Earth and was called an “evil spirit”, and there were potentially billions of them, all who worked for Satan. Mortals were meant to choose religion and God and sacrifice, and after dying, spirits would go on existing in another realm called the Spirit World, where they would wait for resurrection (or unification of the spirit with the body) and then judgment, so God could send them on to Heaven and Hell accordingly. In addition to that, God, who lives on another planet, had a planetary spiritual force, called the Holy Ghost, through which he could send messages in the form of thoughts and inspirations to his believing children.

Also, I believed in the Priesthood, a magical type of authority passed from one man down to another, so long as they are worthy according to Church standards. The Priesthood had various levels of authority mixed in, and the men who held it were authorized to channel some of this godly force to perform tasks on Earth, such as blessing the bread and water of the sacrament to performing a valid baptism to laying hands on the heads of another to give them a blessing, or special individualized message from God. Again, very supernatural in its essence.

If the spiritual forces, the spiritual realms, and the Holy Ghost weren’t sufficient, I also grew up believing in spiritual gifts, immortal creatures, and mystical artifacts. Each individual (but mostly the men) has inherent individual spiritual gifts that can be enhanced through belief, things like the spirit of discernment or the power to heal others, gifts that, like mutant powers in a weird way, could be discovered and utilized for the good of God with his blessing. Angels appeared all over the scriptures and in Church history, performing miracles and giving advice and causing mortals to speak in tongues, and the devil tried to possess or influence mortals through duplicity and temptation. And prophets used magical stones to translate ancient records or to light up ancient wooden submarines on ocean voyages,  and golden balls to give directions in the wilderness.

As I look upon all of this with a critical eye with a grown-up, I am a bit taken aback by how fantasy novel it all seems. There are such elements of story-telling to the whole belief structure. Epic franchises like Star Wars and Harry Potter and the Wheel of Time and the X-Men that so beautifully explore the concepts of destiny and prophecy, and that allow certain characters to be born with special powers so they can fight against the forces of evil. But somehow when we toss the word God in to the mix, these concepts are taken serious. There is a suspension of disbelief in mortals who belief in virgin births and men being raised from the dead, and who use those beliefs to form and shape entire societies through narrow interpretations of rules.

I now consider myself a very spiritual and non-religious atheist, if I have to use a label, and I have a difficult time understanding supernatural religious belief structures in a world that avoids scientific interpretation and quantifiable evidence and results. I do still believe in elements of “supernatural”-ness, however. When I examine my beliefs, I do believe that individuals have special skills and talents that others do not. I do believe that human energy exists after the body expires, not as a ghost or spirit necessarily but perhaps as a consciousness, even if only in the memories of forms of the people and places they lived among.

Regarding individual skills and talents, for example, I have a unique capacity for empathy: I can easily read the energy and emotions of most people around me, particularly when there is eye contact and communication happening. I am also a quick study, and can often make sense of complex human stories across history and find truth and enlightenment in them. I think I also have a talent for teaching, for facilitating groups, for presenting information, and for writing. Other people are builders, or organizers, or are amazing with machines and industry, or are nurturers. The lists of skills is endless.

After my grandfather died, my mother would often speak of being able to feel him around, near her, especially during times when she needed comfort or guidance. While I never felt his presence, I believed her when she said this. And I think anyone who has ever lost a very close loved one has that capacity, to feel the energy of their loved ones, even to hear their voices, in particular places or during particular times of need. I had this same experience after Kurt, my best friend, died in a car accident last April.

This blog entry is a bit more free-form, but I needed a chance to organize my thoughts and experiences in this matter, and it is all here to set up a blog I will write tomorrow. About a month ago, I had a woman reach out to me stating that Kurt’s spirit had reached out to her and that he had a message for me. And a few weeks ago, I met with this woman, who called herself a medium. I went into the meeting skeptical and open-minded all at once. And it turned out to be a wonderfully healing experience. I’ll be back tomorrow to share more.