On the second season of I Love Lucy, Lucy Ricardo gave birth to little Ricky Ricardo, making her husband Ricky, the Cuban band leader, a proud father. An estimated 70 per cent of the American public tuned in to watch, more viewers than the inauguration of President Eisenhower on the same night.

When Lucille Ball became pregnant during the filming of the show, she and Desi Arnaz fought to allow her character to become pregnant as well. The Ricardos were to sleep in different beds, and they couldn’t possibly use the word ‘pregnant’ on television, it was too suggestive and immoral. Still, they fought, and won, and “Lucy Goes to the Hospital” became one of the most viewed episodes of any show in television history.

They timed the show just right, and around the same time, Lucille Ball gave birth to her younger son, Desi Arnaz Jr. During the first season of I Love Lucy, she had been pregnant with her daughter, Lucie Arnaz. And the pregnancies themselves were as miraculous as Lucy and Desi’s sudden rise to fame; Lucy had had several miscarriages early on. At this point, she was in her forties, and her marriage had been falling apart from the start.

On the small screen, Ricky Ricardo was a patient and persistent husband who was charmed by his red-headed wife and her screwball antics, finding joy in all of the schemes she adopted to get into show business. In real life, Desiderio Alberto Arnaz y de Acha III was the son of a prominent Cuban politician who had been jailed in the revolution. Years later, in the States, Desi turned to show business, singing and leading bands, enchanting crowds with the Conga dance and Latin flair. He landed a few small roles in films before meeting a talented and hilarious older woman that he couldn’t take his mind off of.

On the small screen, Lucy Ricardo was a charming and emotional housewife, constantly in trouble and in over her head, in chocolate factories, television commercials, and wine vats. In real life, Lucille Ball was a dedicated actress who had spent years honing her craft in dozens of films and shows, never making her big break. Her dad died when she was young, and she had a difficult childhood, and in her first years in the business, she had taken to modeling, even posing nude from time to time. She acted in vaudeville shows, starred in radio shows, and performed in the streets. She was scared of romantic commitment, and tended to date men that were non-threatening or perhaps a little bit scandalous.

And then she met Desi, and Desi proposed, and they were swiftly married. And she loved him, she did, deeply and passionately. She loved him enough to ignore, for the most part, his dozens of affairs, his jealousy of her success, his excessive gambling, his Latin temper, and his mounting alcoholism. She fought back sometimes, and they both got violent from time to time. But they loved each other. And with an unexpected hit television show, two unexpected children, and a suddenly thriving production company, divorce just wasn’t a feasible option. They were the most beloved married couple in America, and they had a reputation to uphold. 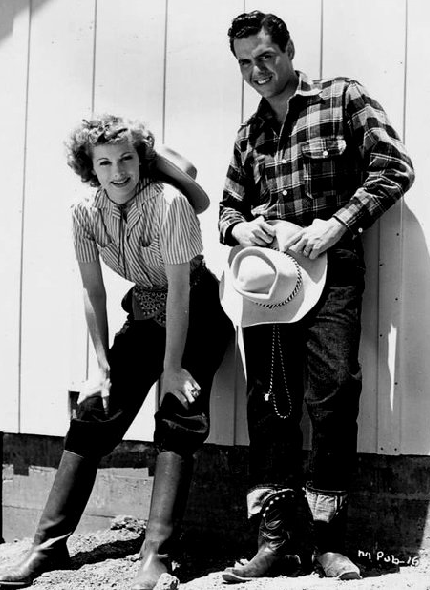 They finally divorced in 1960, after ending their show on a high note. Desi went on to marry Edith, and they would last for over two decades together. He put on weight, he gambled, he cheated, he caroused, he traveled the world, he wrote books, he drank, and he struggled to stay on top of his bills and, as often as possible, to stay famous. He eventually died of lung cancer at the age of 69.

Lucy went on to marry comedian Gary Morton, who would be at her side until her death 29 years later. She described Gary as a faithful and true husband, and created a home life with him, and he helped raise the children. She took over the company and was harsh and cutting at her job. The public accused her being a communist, of being a taskmistress and a bitch, of being a fading talent who just needed to retire. But she kept making television shows (the Lucy Show, Here’s Lucy, and Life With Lucy) and movies (Yours, Mine, and Ours and Mame). She accepted awards and gave interviews. And the syndication of her original show ran every day on television stations throughout the world, immortalizing her bright red hair, here wide open eyes, her classic crying wail, her cartoon facial expressions, and her brilliant physical comedy forever.

Lucie and Desi Jr grew up, as all children do, and both went into acting. Desi Jr started a band and struggled with drugs while Lucie became a well known actress. They married and divorced and had children, and married again, and Lucy, in her older years, enjoyed being a grandmother. Now the children manage the estates of their parents, and keep their legacies immortal.

And we remember Lucy as the ditzy funny redhead with the funny faces. A deeper look reveals her as a mother, a survivor, a trendsetter, a brilliant business woman, a wife, an actress, a comedienne, a grandmother, a troubled soul, and an all around powerful woman with both a fiery temper and an enormous heart.