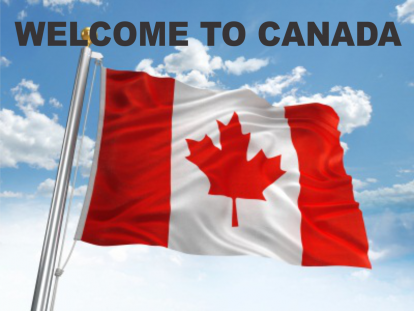 “Everyone here is no nice!”

I had only been to Canada a few times before, once to Victoria, Vancouver Island as a teenager on a brief family vacation, and a few times to British Columbia during my married Mormon years. Yet now I was on my way for an epic (well, epic on my own terms) five day vacation to Saskatoon, Saskatchewan, a city I had kind of chosen at random a few months before when I wanted to plan a trip to look forward to.

“They are nice!” Tyler said back, and I thought of the dozens of South Park and How I Met Your Mother episodes I had seen making fun of Canadian niceness.

My best friend Tyler and I had arrived at the airport in Salt Lake City in plenty of time, and we’d been surprisingly moved to the “premier” section of the small plane, a watered down version of first class, with drinks delivered in glass containers with ice, a small pillow and blanket, and a bit more leg room. The flight attendants and many people on the plane were clearly Canadian and proud of it, many wearing maple leaves on their clothing or apparel showing off their favorite Canadian sports teams.

We heard plenty of “Oh, sorry!” and “Hey, no worries” in our interactions. When Tyler accidentally spilled some of his complimentary water on himself, the flight attendant, adorable in a black skirt and white top and with her hair in pigtails, handed him napkins. “Here you go, sorry about that, no worries, no worries.” And he and I had laughed.

I have a weird way of pronouncing certain words. I grew up in south-western Missouri, where they have thick hillbilly drawls, and then spent my teenage years in eastern Idaho potato farming country, where the locals talk more like farmers and hicks, with long vowels and lazy consonants. I have a nice strong baritone voice, but I give those long vowels to certain words, and I have a bit of a drawl sometimes, so I tend to say a few words funny, like “soar-y” instead of “sorry” and “to-moar-ow” instead of tomorrow. I’ve been asked many times before if I’m from Canada. The flight attendant had said ‘soar-y’ and ‘no woar-ies’, causing us both to giggle.

“Maybe I have found my people!” I laughed back, just as we heard a woman from somewhere behind us yell “Oh my Goad!”, and we giggled even harder.

We walked off the plane into the Calgary Airport for our layover, and noticed beautiful artwork along the walls, much of it celebrating local wildlife, like geese and moose. We checked out handsome men in flannel and kept bantering back and forth.

I jabbed Tyler with an elbow. “Is it safe for you to enter the country again? Weren’t you on the Canadian Mounties Ten Most Wanted list years ago? If they catch you, I don’t have nearly enough Moose Bucks to bail you out.”

If anyone was annoyed with the giggling American gay male thirty-somethings, we didn’t notice, just excited to be in a new space. We lugged our luggage down the long line toward customs, our declaration forms and passports in hand, and some very polite agents, one a brown-skinned man with a thick beard and a turban, ushered us through quickly and without incident.

Then we made our way back toward the security line to re-enter the airport for our connecting flight. I slipped off my shoes, unpacked my laptop into its own bin, removed my coat, and then hefted my large carry-on bag up onto the conveyor belt. A nice man ushered me through the metal detector, but then something in my bag raised concern on the X-Ray machine.

“Excuse me, sir, is this your bag?” The Canadian TSA agent (although I’m not sure that it is called the TSA in Canada) was a short man in his early 30s with thick glasses and a large bald spot. “Please step this way.”

He led me to the end of the row as people continued passing through security. He informed me he had to look for something in my bag. “Do you have anything sharp, hazardous, or liquid in the bag?”

“Nothing sharp or hazardous. I do have some liquids in my toiletry bag. But I had this bag on my flight from Salt Lake City to Calgary and everything was fine.” I did a mental inventory of the contents of the bag as he unzipped it. Toothpaste, moisturizer, deodorant. And then I remembered I had packed a bottle of lube. The boyfriend and I keep a large 8 fluid ounce bottle of lube, that cost about fifty dollars, next to the bed, but it was more than half empty. I had packed it for… well… personal reasons (come on, my mother reads this blog) thinking that it was empty enough to be safe.

Sure enough, the man with the bald spot opened my toiletry bag and held up the bottle of lube in front of his face. Then he held it up in the air a bit, as if to show his fellow employees. He turned to me, a bit too loudly, and said, “Well, sir, your personal lubricant exceeds the maximum number of allowed milliliters.” My brain seized a bit, having no idea how to compute milliliters.

“It’s against federal regulations.”  He continued holding it up in the air, and I felt my cheeks start to turn scarlet. “You have three options. You can be escorted out through security and recheck your bag, because this personal lubricant is not allowed on the flight, then come back through security. You can choose to have me discard this after you surrender it to me. Or I can give you a mailing package and you can mail the lubricant to yourself.”

Flummoxed and stuttering, embarrassed at the idea of mailing a bottle of lube to myself, I instructed him to simply throw it away, and he placed it in a container behin him as I repacked my bag and wanted to get away from there as soon as possible. He just stood there watching. This particular Canadian had no intention of saying Soar-y.

As we walked away, Tyler kept giggling, teasing me, but I was red faced and wanted to be out of there. I pictured the security technicians watching on their cameras at the American tourist with the giant bottle of lube.

Then Tyler tapped me on the shoulder. “You realize that man back there is totally going to take that lube home and–”

“No! No! Enough!” And finally I giggled again, ready for a weekend of new experiences in the land of nice.