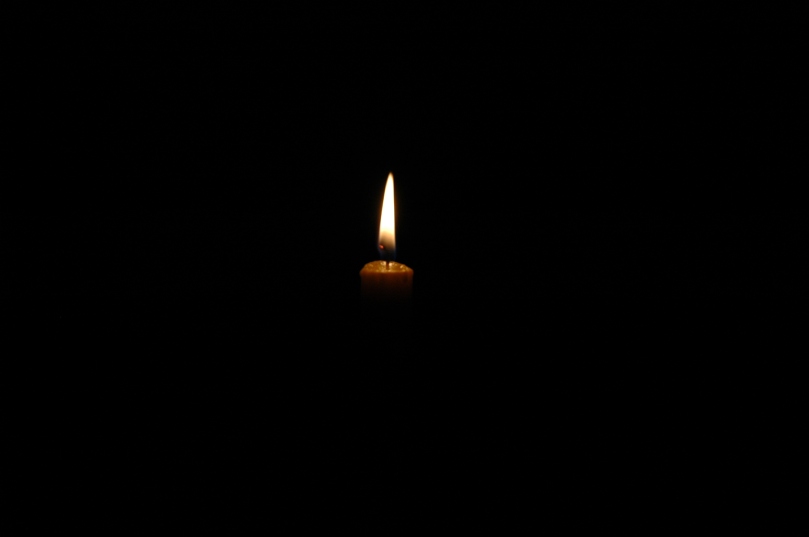 When I turned 12, I was set to receive the Aaronic Priesthood, the lesser authority given to worthy young men to perform ordinances in God’s name. 12-year olds with the Priesthood were given small responsibilities, like passing the sacrament during the main congregational meeting, a group of young men standing at attention as they passed trays of bread and water down the rows. At 12, young men moved from Cub Scouts to Boy Scouts, and they left Primary at church, the organization for children, and instead became Deacons. It was a powerful rite of passage.

We left Missouri when I was 11, when my parents finally split up. The divorce would take a few years. I had no idea how wounded mom was at the time. The older kids who were still at home stayed behind to finish high school with my Dad, and the youngest three went with my mom. She went back to work as a teacher. We lived with my grandparents for a few weeks, then rented a home and enrolled in school. I was in fifth grade, and I made friends quickly.

I was a very innocent and naïve 11, despite my upbringing. I enjoyed playing Nintendo, reading books, writing stories, and drawing. I played with kids much younger than me and organized them in neighborhood games. I couldn’t ride bike yet, or sink a basketball into a hoop, or throw or catch a ball, all bizarre tests of masculinity. And I was teased occasionally by other kids for being a ‘fag’, ‘sissy’, or ‘fairy’, all of which sucked. I desperately wanted to fit in, to be just a standard member of the student body, a part of the kids who happily co-existed. Somehow, whether because I was Mormon, or gay, or feminine, I was on the bottom of the pecking order, and I knew that as early as third grade.

In fourth grade, when I was 10, kids started talking about sex more. There were veiled references. “How far have you gone?” “How many people have you done it with?” “Are you still a virgin?” Every boy knew just to brag and boast when truthfully no one really knew what they were talking about. Strangely, I don’t think I remembered the abuse I suffered as a young child during this time. I didn’t know how to process it. I was just caught up in adolescence, in moving to a new state, and in the tragedies happening in my family.

And so, before I turned 12, in preparation for the Priesthood, I was called in by our new bishop. We’d known him a few months, but he was really a stranger to our family. He was a pleasant retired man, a grandfather in his seventies, with thinning white hair. We started the meeting with a prayer and then he asked me the standard questions. Do I pay my tithing, do I obey my mother and father, do I believe in the Mormon Church as the one true church, do I have a testimony of the Savior. And then…

“Chad, do you obey the Law of Chastity?”

“That is when a man and woman are sexually involved only with the person they are married to.”

“Do you avoid pornography?”

“Images or videos of a sexual nature.”

I passed the worthiness interview. And the next Sunday, I got the Priesthood.

Reflecting back on this interview as an adult, I see an innocent kid who had already been sexually exploited, who was then sent into a room with an unfamiliar man. Behind closed doors, this man asked questions about sex, pornography, and masturbation, and he used descriptive terms to teach me what they were. While I believe this man had good intentions, the very idea of this enforcement, of strangers questioning children, of perceived virtue being the sounding board for worthiness, these messages taught me all about sex. And these were things I should be learning from parents or teachers, not a stranger.

And then one day, early in the morning, I was playing with myself in my bed, and it felt more intense than usual, and I went faster, and then… I ejaculated for the first time. It scared me! What was that! Oh my god, what was that! It went everywhere and was sticky and messy and I felt like something was wrong with me. The pleasure passed quickly and I panicked, remembering how the bishop had said this was wrong. And so I cleaned up and then dropped to my knees, immediately begging God for forgiveness.

And then puberty started, and the hormones hit, and the struggle intensified.