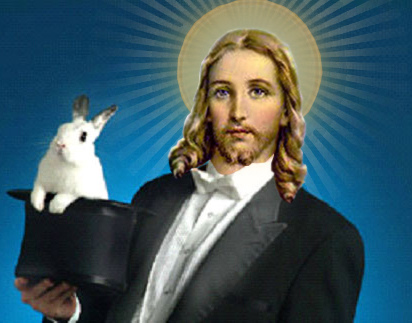 There is a reference in the Book of Mormon that talks about the “great whore that sitteth upon many waters”, meaning the “great and abominable church” established by Satan to confuse and corrupt men. Growing up, I was taught that this meant, basically, that every religion except my own was a confused or corrupted version of the truth, and that only I had the real, whole truth. I was taught, as a child, to stand at the pulpit and profess this truth. I was taught to thank God daily for blessing me with this truth. And I was taught that I must consistently seek to help others find this truth. Every other religion’s claims of heavenly visions, divine miracles, spiritual truths, and godly gifts were false, they were corruptions at worst, misunderstandings at best. Only my church was true.

“I’d like to bear my testimony that I know this church is true.”

This gave me a sense of superiority. I was a choice son of God from a chosen generation, in the last days, preparing the world for the Second Coming of Jesus Christ. I was taught that my religion would slowly spread through the world, breaking borders and barriers, and every soul on Earth would slowly and surely join the true church of God. (That word again, true, my word we used that word a lot).

My religion, like all others, stared science in the face and stuck its tongue out. Forget scientific advancements, delete evolution, overlook the dinosaur bones. The truth of the world was part fairy tale, part epic science fiction story, and the closer you looked the more complex it became.

See, the world was created thousands of years ago, not millions, and it was by godly beings, Michael and Jehovah, angels with epic powers commanded by a Celestial man named Elohim who lived on the planet Kolob. Elohim had billions and billions of spirit children, and he needed a place for them to live, where they could be tested properly and receive bodies. Satan had one plan, and Jesus had another. God liked Jesus’ plan, so Satan and a third of God’s children declared war and were cast out, forever unable to get bodies after that, leaving the billions of them to only try and tempt mortals all the time. God sent Michael down to be Adam, took out a rib to create Eve, and told them not to eat some fruit, and when they did they were cast out to live for hundreds of years in toil. The following generations encompassed the Bible stories, epic adventures all. There were major floods with ships full of animals, a whale who swallowed a guy, mass genocides of cities full of sinners, and slave revolts. There were oceans parted by a man’s hands, plagues of frogs, voices out of burning bushes, and little guys knocking over big guys with a slingshot. There was incest, adultery, slave-mongering, diseases, mass murder, and untold numbers of dead babies. Oh, and lots of white guys with beards who spoke for God. White guys with beards in the Middle East who spoke for God.

And then Elohim finally sent Jesus down through a virgin birth, kept most of his life a mystery, then gave him all kinds of godly powers to change water to wine, survive starving in the desert, and multiply food sources, all while teaching mortals a lesson. Then he let Jesus bleed from every pore, be whipped and flogged, and then get nailed to a cross to die painfully, only so mortals could be told they would never be good enough to make it on their own, they would need to learn from all this, cause Jesus suffered for them, way worse than any mere mortal could suffer, and he had two because Adam and Eve ate that fruit that one time. And then God raised Jesus from the dead. So if we want some of that, we better listen and do as we are told.

And although the world had a few thousand years of religion prior to this, this is when religion as a culture really kicked in. Christians had already separated from Jews. But then lots of different men said that they were doing the Jesus thing the right way, and they formed their own churches, cultures, and governments around it, then started fighting with others. And as humans expanded from millions into billions, they divided themselves along those religious lines. Hindu. Islam. Buddha. Jewish. Christian. Far too many to count. Then they subdivided again, then again.

The way I was taught it, God was so upset over the way Jesus was treated that he took religion away from the Earth for nearly 2000 years. He waited a good long time for a nice righteous white boy in America. In fact, lots of history happened just to get the world ready for that white boy. There were wars and revolutions, slavery and crusades, but finally Joseph Smith came along. He was visited by God and Jesus, floating in the air in white robes, and then a series of angels and magical powers followed. There were buried artifacts, stones in a hat that could translate old records, and relics from an ancient civilization that has somehow evaded every scientist ever. Outside of Jesus, Joseph was the most important man to ever live, they said. He set up the true religion with the true scriptures, and he started converting people by the tens, the hundreds, the thousands, moving them from city to city and asking them to focus on his holiness and his revelations, and not on his increasing number of wives, his failed banks and smashed printing presses, and his youth full of treasure-digging. He retranslated the Bible, then brought forth more scriptures from some hieroglyphics he found in a mummy case. When Joseph died, the Mormons moved west and set up their own government, even though it meant fighting against the American government, and the Mormons changed their laws when they had to, which meant changing their belief structure and pretending  God had planned it that way all along.

Things are different nowadays in the true church. There is way less magic, fewer visions from the sky. Now there seems to be a strong focus on forgetting the past and focusing on conformity and obedience. Only certain things should be talked about. In a new world focused on equal rights, in a world where we talk about sexual abuse openly, where gay marriage is legal, and where it is considered cruel to discriminate against transgender people or anyone else, the Mormons want to keep the focus on happy families, and not on the excommunication of gays, the sexual abuse of women, the 150 years of denying blacks the Priesthood, the opposition of the Equal Rights Amendment, or how they treated young women as acquisitions for old men for many years past the time when it was declared illegal.

Some days, I feel angry about the religion I grew up in. Some days, sad. Some, numb, confused, or embarrassed. Some days, I even grow nostalgic. But others, like today, I look back on what I grew up believing and I can’t help but choke on my own laughter. It’s all just so asinine, so full of holes. It’s corruption from the inside out. It’s rotten to its core. It’s abusive, bizarre, ridiculous, beyond comprehension. It’s Star Wars, Lord of the Rings, Lord of the Flies, Animal Farm, Lolita, and Wolf of Wall Street all in one bizarre life-ruining epic. It’s crazy-making.

And it’s a system I’m relieved to be free from. But damn if it isn’t a good read.