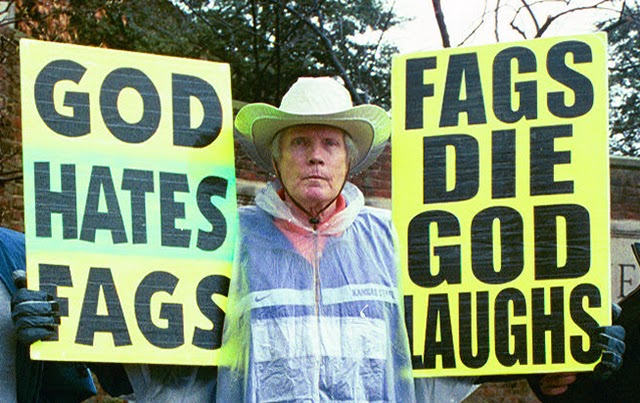 “My friends and I, we used to go down to the Salt Lake City Cemetery on Saturday nights, and we would roll queers there.”

I looked at the man, the murderer, with confusion on my face. “Roll queers?”

“Yeah. We’d go down, bash them up a bit, steal their jackets or shoes, take their stuff. Gay guys would hang out in the cemetery that night, so we knew where to find them.”

I could hardly hide my expression of disgust and shock as he told me this simple tidbit. Knowing this man would go on to brutally torture and kill a gay man just a few years later, in the late 1980s… hearing him casually talk about beating gay men up in his youth, it just felt like a blow to my stomach. I felt cold for the entire interview after that.

Later, after the video call ended and I could finally think clearly, I realized I was shaking. I splashed some cold water on my face, guzzled a bottle of water, and chomped on some chocolate that had been offered. I felt myself calm down. A few minutes later, I rejoined the camera crew at the table, and sat in heavy silence for a bit.

“That was intense,” I processed out loud. “Challenging on so many levels. On a personal level. He was charming. Charismatic. But there was a coldness to him. He was manipulating, lying at times. I can’t figure out why he talked to us. I mean, he seems like a nice man, someone who has been changed by nearly 30 years in prison. And as a social worker, I believe in prison reform. I believe people can change, that they deserve second chances. But I know what he did, what he is capable of.”

“What did he mean by ‘rolling queers’?” I looked up at the woman asking the question, knowing this story was new to her, and wondered what she must be thinking after an interview like that. I took a deep breath.

“It’s different, being gay, nowadays. There are gay bars, clubs, and phone apps. It’s easy to date, to find people to connect with. But back in the 1970s and 80s, it was different. It was dangerous to be gay.”

“Absolutely dangerous. Coming out was impossible in a place like Salt Lake City. It could mean being disowned by family, being fired from jobs. There were gay bars back then, but guys like this might wait outside, to beat you up, to ‘roll’ you. Plus you had to register to get inside. And cops would patrol these places, arrest gay men, threaten to expose them unless they were paid off. It wasn’t exactly common, but it happened a lot. Gay men could lose their jobs, their church memberships, their families. And they could be attacked.

“But they still wanted to meet other gay men. They had to hide from everyone around them, and yet they needed to connect with others. They would sometimes go to public parks or other places, like libraries or cemeteries, to try to meet other guys. They might use fake names, afraid to be exposed in their public lives, but their need to connect with others was so great that it was worth the risk.

“I’m picturing these guys in the 80s, going down to a cemetery discreetly, walking the grounds and trying to meet other guys, catch their eyes. These guys could have been lawyers, bishops, dads. Just lonely guys in Utah. Have you been to the downtown cemetery? There are all these walking trails. It’s almost like a park.

“Anyway, imagine these guys, parking blocks away, nervous to be seen, walking through the park. And then being attacked by this group of violent teenagers. Their wallets are stolen, their jackets, their shoes, maybe their car keys. And then, punched, hurt, beat up, having to find their way home to tend to their wounds. Imagine the excuses they had to make to their families and coworkers. Imagine how scared they must have been to go out again. To be targeted like that, to be hurt, to be “rolled” just for being gay, that’s a hate crime. And sometimes these accidents resulted in permanent injury. Sometimes in death. What could they do, go down to the local police, say ‘I’m gay and I was attacked’? Imagine living like that!

“To see him sitting there, talking about ‘rolling queers’ as a regular pass-time, like he was talking about ‘tipping cows’. It’s like frat guys sitting around and casually discussing rape with terms like ‘banging chicks’. It just, it just makes me furious. It hurts me to hear it.”

The room was silent for a bit. Saying it all out loud helped me process, but the feelings didn’t go away. They stayed with me that night, and into the next morning. ‘Rolling Queers.’ It’s a different world now in 2018, but people are still attacked for being gay. I think back to last year’s Pride celebration and the group of so-called Christians standing outside with their messages of God’s hate for gay people. I think of a history of gay people being assaulted, of transgender people getting it even worse. I think of the men on the other ends of those blows and how they lived their lives thinking this was normal, that it was acceptable. How they went on to become fathers and how they spread their hate.

It’s going to take a few days for the images in my head to leave. In a weird way, working gone this project, I feel a bit like Truman Capote, during his work on In Cold Blood. I won’t dive into depression and alcoholism, I’ll process, open up, maybe even write a bit about what I’m going through, knowing that the end result, the final project, the documentary itself, has the potential to teach about our past, to remember the fallen, and to learn about ourselves.