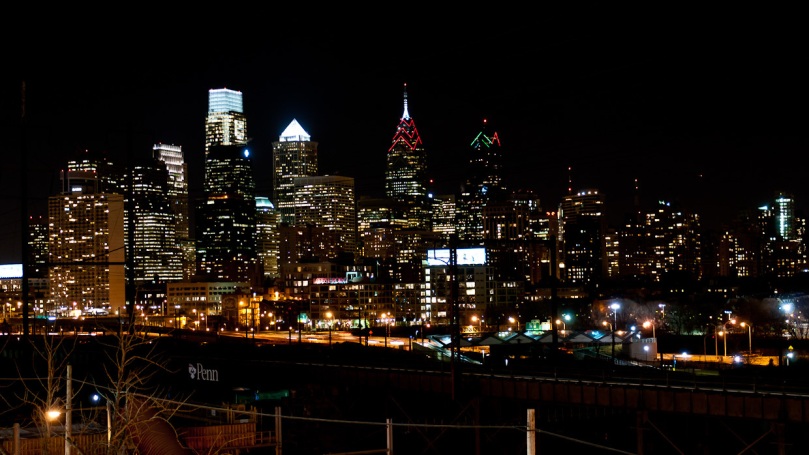 I had only a few months left on my mission, and I was leaving the thriving, divorce, crime-ridden metropolis where I had spent nearly nine months, and moving back to northern Delaware briefly. In just one season, I would be back in the potato farm country of southern Idaho. I could barely compute it all.

I’d had special permission from the mission president to spend time online registering for college. In less than three months, I would not only be home, I would be enrolled in Ricks College, a Mormon school just a few dozen miles from where my mother and sister lived. I could get a job and commute back and forth to school. I wouldn’t be a missionary anymore. I still had a few months left, but I was itching to be done, beyond weary of the monotonous routines.

Leaving Philly was more difficult than I’d expected. I often walked the streets, wondering what it would be like to live here, as a college student perhaps, or what it would have been like to grow up here. There was no way to compare the high rising skyscrapers, extreme poverty, and thousands of homeless to the dusty long fields, middle class struggles, and dominant Mormonism of my home in Idaho.

I started saying my goodbyes a few weeks before I left. I visited the Wissahicken one last time. I stopped to get a cheesesteak from Sava’s Cheesesteak Stand and bid the Greek man with the thick mustache farewell. I knocked on doors, saying goodbye to people I had taught or become acquainted with, even the three people I had baptized, and spent some final moments with their families, knowing I would likely never see them again; they had already stopped attending church.

When I returned home, I planned to pursue a degree in social work. It felt like a natural fit. I’d used my compassion for others my entire life, trying to help them through difficult times, and as a missionary, that trait had frequently come in handy. I’d learned so much about the diversity of life, about poverty and racism, about the differences between men and women. There was such an enormous world outside of my Mormon bubble in Idaho, and my mission experiences had shown me everything from the Amish to the plight of the refugee. In my college entrance essay, I had had much to discuss, and I felt very ready to engage in new classes.

At my very first dinner appointment at a member’s home in Philadelphia, Cecelia, an older black woman who had joined the church five years before, had invited us over for a “home-cooked meal.” She lived in a humble apartment overlooking a dirty street outside. She’d asked me to set the table and I’d opened a cupboard door to see three large roaches scuttling away. Dinner had been macaroni and cheese baked into a pie, and a glass of milk. At the time, I had been horrified, confused, and a little nauseous. Now, I could eat at Cecelia’s house any time and not stop to think about it.

Knocking doors in north Philly had taught me much as well. I met single mothers who had six children by six fathers, their current husbands away in jail, living off of Welfare and food stamps with no way out and no way to get ahead. I saw children in diapers sleeping on lice-ridden couches on the front stoops of homes while mothers sat near by high on drugs. I stepped over used drug bags, blood, and human feces, and once a bullet casing. And after knocking on doors each day, I would walk back into my nice apartment overlooking a park and sleep in my bed with freshly laundered sheets. The opposing forces of these two worlds assaulted my senses on a daily basis, and I began to understand what privilege is, and what poverty is. I began dedicating myself to the causes of social justice, and I kept a list of topics I wanted to explore in college.

On my final Sunday in the local branch where I had been attending for several months, Mary-Lou asked to speak to me. Mary-Lou was intimidating, a large woman with a permanent scowl, yet her entire face and demeanor changed when she smiled. She’d had a rough life, and she didn’t trust easily. Mary-Lou had been born a member of the church, and she was white. She taught our Gospel Principles class in the branch, and saw a rotating group of church visitors going through every week, making her job difficult as there were constantly new faces in the room. The branch had 10 missionaries in it, and she refused to let the missionaries in the room as they tended to dominate the lesson, and she wanted it to be the new potential members who were learning.

Before sacrament meeting began, Mary-Lou pulled me into her classroom and closed the door, then took a seat facing me. I watched her scowl turn into a soft smile as she spoke. “Elder Anderson, I know you haven’t had it easy here. You’ve had a few difficult companionships and I know you got beat up once. But I just wanted to tell you, it has been a pleasure having you here. It’s rare that I trust a missionary, so many of you are just so immature or full of yourselves. But you have a good heart, and you made a big difference in our branch. It has been an honor, and I truly hope we will see you again some time. Come back and visit us.”

Mary-Lou walked out of the room as tears leaked down my cheeks. I’d felt numb for some time, and she’d broken through to me. Maybe my efforts weren’t all in vain, maybe I had made some small difference.