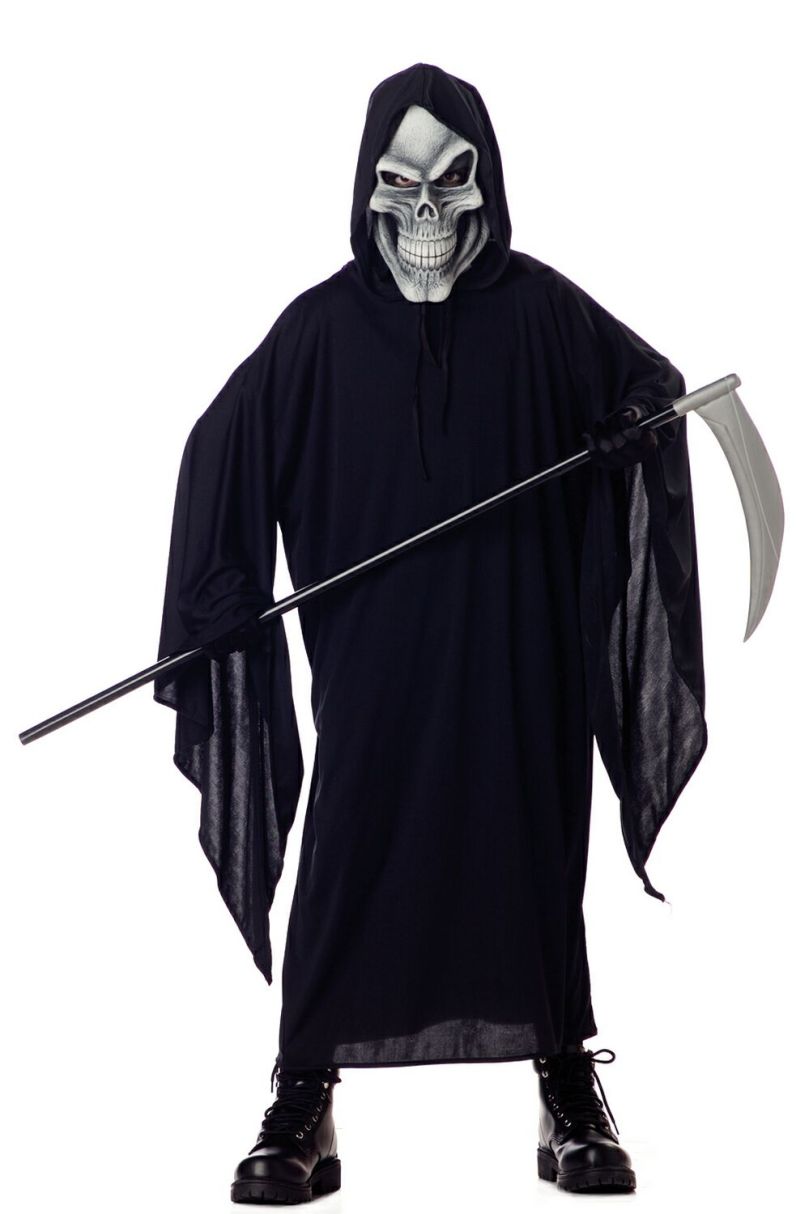 The Grim Reaper stood over us, his eyes glowing bright red, his scythe held tightly in his right hand. His voice was amplified, sounding loud and evil.

Elder Shoney and I looked at each other, fear and confusion in our eyes. The crowd was gathered around us, and we were the only ones still sitting down, everyone else in the congregation had been ‘saved’ by standing up, and it felt like they weren’t going to stand up until we gave in.

Philadelphia was still new to me. I had been on my mission for the Church of Jesus Christ of Latter-day Saints for over a year, but the city of Philly still felt massive. Elder Shoney had been here for two months and he was still a new missionary. A woman from a family he had been teaching with his previous companion had invited us to attend a play that her church, the Bread of Life Christian Fellowship, was putting on, a traveling play about Jesus that was going from city to city to help people be saved.

Though it was technically against the rules, Elder Shoney and I had a fascination for other churches, and we liked seeing how other people worshipped. We’d explored Catholic, Apostolic, Pentecostal, and Hebrew Israelite churches, as well as a church with a rock band called Church on the Move. The play sounded fun, so we decided to do it, and then invite others to attend our church in return.

The play itself had been corny, all about a preacher finding Jesus and hearing about his life, with funny comedy quips. It felt very much like a poorly done community theater production. But then suddenly it had turned very dark and uncomfortable. A man in a cartoonish Grim Reaper costume had come out, larger than life, with a white skeleton mask and black hood and robes, with skeletal hands that held a scythe. The Reaper had crucified Jesus on the stage, pretending to pound nails into his hands and feet as the actor had screamed out in pain. There were children in the audience who made frightened noises. Then the Grim Reaper had turned toward the crowd and said that they could only be saved if they accepted Jesus into their hearts right that very moment, and they could only show they had done that by standing up. If they did that, he said, they would be saved from that moment forward, even if they had been saved before.

And soon, every person in the room was standing, every father, mother, and child, all emotional, hands in the air, waving toward the sky, professing their love for Jesus. Everyone but us. The Reaper continued demanding we stand, and soon he invited the crowd to gather in a circle around us, to pray for us that we too might accept Jesus into our hearts. Nearly everyone there was black, and there we were, two 20 year old white kids from Idaho, in the center of the circle.

My mind was reeling. I felt like standing up now would be an absolute betrayal to my God and religion. Putting another religion before my own was one of the greatest sins possible. My beliefs varied greatly from these. I believed in being saved, yes, but through baptism in the true church and then consistent service, not standing up in a strange church meeting in front of a man in a devil costume. Nothing about this felt right. I sat there, hands in my lap, refusing to speak, and I saw Elder Shoney doing the same.

My mind flashed back to stories I had heard of pioneers in the early Mormon church, men who had been held at gunpoint and ordered to deny their church, men who had been shot and killed when they refused. We were taught that those men, who sacrificed their lives for God, were automatically saved in the kingdom of Heaven. Though not life-threatening, this felt like that kind of test, like I had to prove my faith and commitment to God no matter the cost, no matter how much pressure they put on us.

My mind automatically recalled everything I had been taught about Christian religions that were not Mormon. Sometimes we were taught that they were extremely corrupt, with one scripture in the Book of Mormon calling them “the great whore of all the Earth”, and other times we were taught they were well-meaning but ultimately incorrect, using “the philosophies of men mingled with scripture.” We were taught to “hold to the rod”, or the word of God, with all our might and to deny false teachings in any form. And now, here, our faith was being tested, strangely, in a bizarre way.

A kind black woman with a pair of thick glasses leaned down and touched my shoulder. “Just stand, elders, it will be well with God.”

And I remembered that the devil speaks in all ways, in kind and soft voices and in loud blaring voices, in soft temptations and in flashing neon lights. I said a silent prayer to God to give me strength to resist.

It was only seconds longer before the Grim Reaper backed off and moved on with the play. We hadn’t stood. And when the play was over, Elder Shoney and I had vacated the Bread of Life quickly. I walked down the street, feeling a sense of triumph, that I had resisted the temptation to make things less awkward by standing.

Then I remembered a story from the early days of the Mormon Church. Joseph Smith had been looking into all of the different religions that were preaching in his area, trying hard to decide which one to join. When he had prayed to God, God and Jesus had appeared to him and told him to join none of the churches, telling him that they all had bits of truth, but that none had all of the truth, and then they told Joseph he would set up the church that had all of the truth.

Now here was this church, the Bread of Life, professing to save souls. And yet Elder Shoney and I were knocking on doors every day, trying to do the same, invite souls to be saved through baptism. We were basically doing the same thing, asking people to stand up and be saved. I wondered inwardly then what made my church different from any of the other churches, what made me different from that kind black woman who had touched my shoulder, in fact what made me different from the man in the Grim Reaper costume. We all believed we had the truth, and we all wanted to help others. I began to realize that I had a lot of questions to ask God one day.

But for now, the God I believed in was proud of me.

Then again, the God that Grim Reaper believed in was proud of him, too.