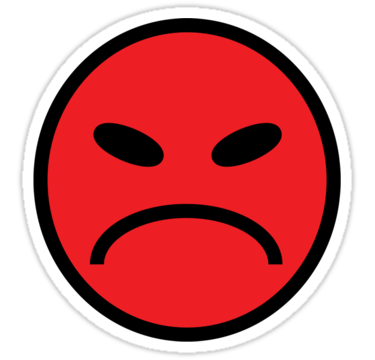 When our mission presidents changed, everything else changed too.

My first seven months as a missionary for the Church of Jesus Christ of Latter-day Saints in the geographic region of Philadelphia, Pennsylvania, had been headed by President Wagstaff, a Washington-based Mormon businessman. Wagstaff had a dry wit, a soothing voice, and a way of speaking that could both inspire you and leave you beyond sleepy. I had had three interviews with him during my time there, where I sat down and told him of my mission, of my personal progress, of my worthiness and obedience in following the mission rules. He had a way of looking right into my soul and seeing me there, and he could tell I was in pain. He left me with counsel about taking care of myself and focusing on my relationship with God. He was kind and understanding and good.

And then his missionary service was over, and he was replaced by President Michie, a silver-haired salesman from Utah. Michie had a constant smile and a jovial joking nature. He turned everything into a joke and a competition. The first time I met him, he spoke to a large group of dozens of missionaries and, in order to inspire us to spice up our work, he told us he was launching “Operation: Cleveland.”

“Elders and Sisters, I recently learned that Cleveland’s missionaries are getting more missionaries than we are!” He spoke loudly from the podium. “That’s just unacceptable! Cleveland! What is in Cleveland. We are in Philadelphia, the birthplace of our nation, the home of the Declaration of Independence and the Liberty Bell! We can beat Cleveland!” He pounded a fist on the wooden desk in front of him as he spoke. “So we are launching Operation: Cleveland! The group of missionaries here who can get the most baptisms, the ones who beat the Cleveland average, will be invited to my home for a pizza party! You have one month to baptize as many people as you can!”

Even then, I was baffled, as saving souls through baptism somehow felt like selling used cars. But Michie had to come in and stake a claim, inspire others, rejuvenate with energy just like he was taking over as CEO of a company that had been struggling. It was worth trying out. After all, I had only had a few baptisms in my entire mission, and a third of my time was nearly over.

As so one day, I got a shocking call. I was being sent from Salisbury, Maryland, where I had been struggling with depression and apathy, and I was being sent north to Newark, Delaware, where some other companionships were being disrupted in an “emergency transfer”. Transfers were held every few months or so, but emergency transfers only took place when there was either a medical emergency or a missionary was being disciplined (sometimes sent home) for a serious rule breach. This was the latter.

It took me a few days to figure out what had happened. Two missionaries in Newark, Elders Schurr and Thomas, had been assigned two brand new missionaries to train. But Schurr and Thomas, who lived in different apartments, had been lazy and complacent about their missionary work, and the new elders were growing frustrated. So one night, when Schurr and Thomas had decided to go to a baseball game instead of doing missionary work, someone filed a complaint with the mission presidency, and Michie needed to shake things up. The new missionaries were moved out of the area, and two other elders were sent in to make repairs. I was now being sent to Newark to be companions with Elder Schurr while the new elder was being sent to Salisbury with Elder Black. I was surprised, but happy. I needed a change.

Elder Schurr turned out to be a massive jerk. He was short and squat with bright red hair and a perpetually angry expression. When left alone, he could relax and focus on whatever project he was working on (a puzzle, a video game, a book, all not authorized within missionary rules), but he seemed annoyed at general conversation, and downright mean when it came to missionary work. On top of that, he felt angry and humiliated by the emergency transfer itself, and seemed to blame me for it. He had four months left on his mission, and he had no wanted to go home now, but stayed, knowing he would feel humiliated by his family were he to leave early.

Later that day, as we got into the car, I asked where we were headed, and he responded with, “If I wanted you to know where we are going, then I would tell you.” We drove in silence for a few minutes, then he pulled over the car and looked directly at me, anger on his face. “Look, I don’t like this arrangement at all. But you need to understand, I’m in charge here. We will do as I say, when I say it, and you won’t ask any questions. Just shut up and show up and we are going to be just fine.”

I stayed silent for a few days, internal and angry and feeling like I deserved the verbal abuse. It was easy to return to those patterns. In high school, I had had an abusive stepfather who spoke to me that way, cornering me, making me feel like things were my fault, calling me names and making demands. I quickly realized that speaking up, no matter how kindly or how good my intentions were, it only make him angrier, and the same held true for Elder Schurr. But after a week, it became unbearable. I wouldn’t play the victim anymore.

So I reported him. First to another elder, the district leader, who was unsympathetic, then to the zone leader, who seemed annoyed but took my complaint. And then a few days later, the APs came in to visit. The APs, or the Assistants to the President, were widely respected elders, our age, men called to the highest leadership position within the mission and thus believed to be the most worthy. They spent a day with us, splitting us up focusing on missionary work.

I spent the day with Elder Gonzalez, a ridiculously handsome Hispanic American elder, who was charming and friendly and happy. We knocked on doors, laughed about life, and talked about our families, and I felt hope again that the mission could be more than just monotony and failure. I admired Gonzalez, because he was friendly and handsome and a good missionary and he cared about me. I felt immediately drawn to him, and that only intensified throughout the day, and I felt so intensely lonely at the thought of being back with Elder Schurr soon and so far away from my family and failing as a missionary with few baptisms and at being so far from God and at still being gay despite all my efforts. I so desperately wanted to be held, to be understood, to be seen. Toward the end of the day with Elder Gonzalez, I turned to face him in the car and told him how much I trusted him and how nice he had been. When he looked back at me, my heart had thudded, and I realized I wanted to touch him, to kiss him even, my entire body and spirit wanted that.

But Elder Gonzalez got out of the car and walked inside, gesturing, “come on” as he did, and I immediately shifted into panic. What was wrong with me? Had he sensed that I was gay, that I was attracted to him, that I had wanted to kiss him? What was wrong with me?!? Even if he didn’t know, God did, and how was I supposed to open up to healing and to having the spirit and to being a good missionary if I couldn’t even control my thoughts? I was a missionary, here to spread God’s word, and I was acting worldly!

That night, the APs left, and Elder Schurr angrily told me that he knew that I had complained and that I better not do that again. He had put on a good show for the AP he was with, assuring him that he was a hard-working and happy missionary and that things were going great in the area. That night, I fell into a heavy sleep, tears on my pillow yet again, and I didn’t pray again. I knew I couldn’t hide from God, but I was simply in too much pain to pray.

I stayed nearly silent for two more weeks until Elder Schurr was transferred, unexpectedly, out of the area. I had been out 8 months then, my mission was one third over, and I was about to be made the senior companion for the first time. A leadership boost. Maybe Elder Gonzalez had seen something in me. Maybe God trusted me. Maybe I wasn’t as bad as I thought. Maybe I could be a good missionary after all.