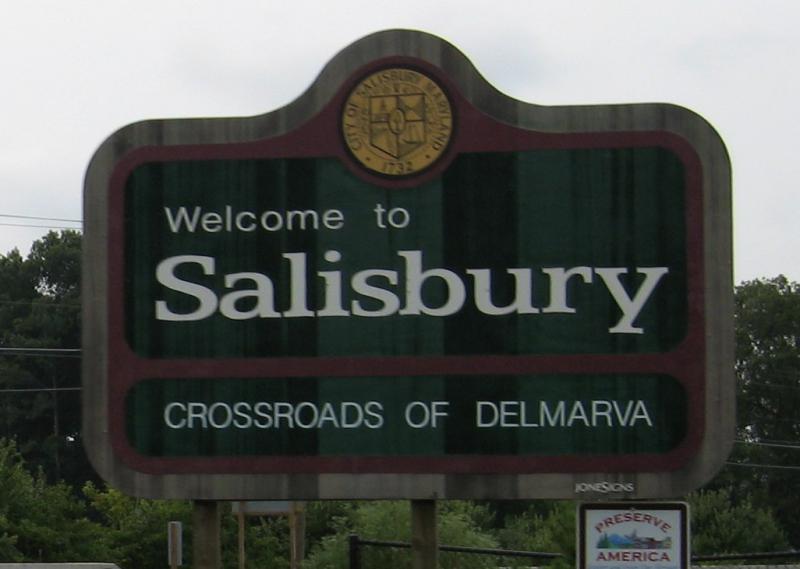 “Just pull the trap up and get yourself a crab!”

I stood on the dock in the Chesapeake Bay and pulled the salt-caked rope up, up, up, yanking the crab-cage out of the deep ocean water. My companion, Elder Black, watched over my shoulder as we lofted the cage onto the dock. There were six crabs in the cage, all black and red colors, and they were hideous, alien and insectoid all at once. Briny and craggy and ugly. Brother Smith instructed us how to open the cage, reach inside, and grab it by the back of the shell to avoid getting pinched, and everything in me screamed not to do it, but I did it anyway, grabbed a crab and tossed it into a pot, and Brother Smith laughed heartily at my clumsiness.

Back up at the house, Sister Smith chatted with us, boiling potatoes and setting the table as she asked us the standard questions that all members ask missionaries. Where are you from? How big is your family? How long have you been out on your mission? Have you had any baptisms lately? And we gave our standard answers.

Elder Black was from Boise, Idaho, and he was a skinny man, prematurely bald, with an easy-going nature and an easy laugh. He was easy enough to get along with. He was going home from his mission in a few short months and he had little interest in missionary work any longer, but we went through the motions without ever getting particularly close.

We were living in Salisbury, Maryland, a far cry from Allentown, PA, where I had spent the first six months on my Mormon mission. The air was thicker, more humid, and the ground was impossibly flat. We had a car this time, and that was a blessing as I had been on foot before, but we could only drive a set number of miles per day, and we had a huge geographic area to cover. If we drove to the other side of our area, to small towns like Princess Anne, and then drove back, we wouldn’t be able to drive the next few days, as our mission president logged our miles. Mormons were scarce down here, and many had to drive over an hour each way to get to Church. The wards here were spread out, and they made up the Salisbury Stake, a term we had plenty of laughs at.

Elder Black and I were pretty isolated, with no other missionaries around except for one pair about 20 miles away. We didn’t get many breaks from each other. We played board games, had light conversations, and hung out in book stores sometimes in the evenings to pass the time. I had developed a habit of reading old Spider-Man comics there, and it let me escape the difficult reality of being a missionary in the hot humid weather.

We had had some bizarre experiences doing missionary work, with very little success. On the eastern shore of Maryland, I was faced with a completely new version of America, where men spoke in deep drawls and worked from home breeding dogs and growing apples, and where the small towns seemed to propagate poverty and a lack of dental care and bodily hygiene. Two Idaho farm boys walking around, skinny in their white shirts and ties, knocking on the doors of trailer homes on dirt roads, leaving Books of Mormon on doorsteps with our phone number written loosely on a card tucked into the book.

The days felt endless, and I had gone quiet inside. My prayers had diminished, as had my expectations. I just felt loose, and lost, and lonely.

Brother Smith got the crab pot ready on the stove, and then tossed the four crabs in the pot to boil. We could hear the ugly creatures scream as they perished in the heat, and I wanted to throw up. I hate killing animals, and I hate eating animals, and I have always had a particular aversion to sea creatures themselves. Brother Smith mixed his own Old Bay seasoning and generously applied it to the pot, moving the dead crabs around it it, and then we sat down, the four of us, for our crab and potato dinner.

The Smiths showed us how to use a small hammer and a special fork to crack open the shells, to shred the claws and extract the meat from inside and to pick the shell remnants out. Food didn’t come much fresher than this, but I didn’t want to eat. It would be rude not to, I told myself, and so I tore open the little carcass and pulled the soft white meat out, mixed it with potato and gravy, and swallowed it as quickly as possible, all the while making small talk at the table.

Having a dinner appointment with members was rare in this area. Usually I ate toast, cheap spaghetti, peanut butter sandwiches, cereal, or Ramen noodles, so this was a nice treat, but I could barely stomach the food. I made amiable conversation through dinner, and soon it was over.

That night, while I was reading in the bedroom, I heard Elder Black on the phone, talking to Elder Lynn, one of the other missionaries in our district, the ones who lived 20 miles away. He spoke softly, but I could hear every word.

“Look, I’ve got to have a break, man. Really. He’s driving me nuts. He’s a nice guy, but I’m going crazy here. Can we just trade companions for a few days? Let Elder Lunt handle him for a while.”

And so a few days later, I spent time with Elder Lunt, a clumsy elder in another area, another boy from Idaho, in a different city in eastern Maryland, this time on bikes. He was friendly and it felt nice to have a change of pace for a few days, but the emptiness didn’t go away.

After the two days was up, as we waited for Elder Black and Elder Lynn to return, Elder Lunt proposed playing a prank on our companions. We would hide the bikes outside and  then hide in the apartment. When our companions entered, they would think we weren’t home and then we could jump out and scare them. And so he hid under one of the beds and I hid in the front closet, closer to the living room. When Lynn and Black entered, they were talking softly. I could hear them, Elder Lunt couldn’t.

“Where are they?” Lynn was angry. “They were supposed to meet us here.”

Elder Black piped in, laughter in his voice. “Hey, man, let’s just enjoy it. At least let me enjoy it. That means I get a few more minutes without Anderson here. Seriously, he’s driving me mad. He talks all the time but doesn’t say anything at all. He’s super annoying. And I know he grew up with a bunch of women, but he’s sensitive and all feminine and sometimes I wonder if he’s gay. He’s not a bad guy or a bad missionary, I just can’t stand him. I bet Lunt is hating life right now.”

Just then, Lunt rushed out of the bedroom. “Surprise! Oh man, we totally got you.”

There was a painful pregnant silence as we drove home. Elder Black knew I had heard him, and neither of us said anything. I just went to bed, turned on my side and faced the wall, hot tears running down my cheeks. His words burned in my soul. Annoying. Feminine. Sensitive. Driving me mad. And that most dreaded word of all. Gay.

I realized as I lay there that I had stopped praying the past few days, and I considered praying and asking God for help. But h’=e’d been silent for so long, why did I think he wouldn’t be silent now? I kept myself silent in return.

The next morning I rose and made breakfast, all smiles and pretending everything was okay. And then two days later, I was shockingly transferred north because another missionary had broken a serious rule and a change had to be made. I was being sent in to clean up the mess.

When I said goodbye to Elder Black, he was stoic and kind. He shook my hand with a firm grip. He told me I was a good guy, a hard worker, and that I had a good mission in front of me. He told me to keep up the good work.

And then I got in a car and headed north to Delaware, the taste of crab still in my mouth.