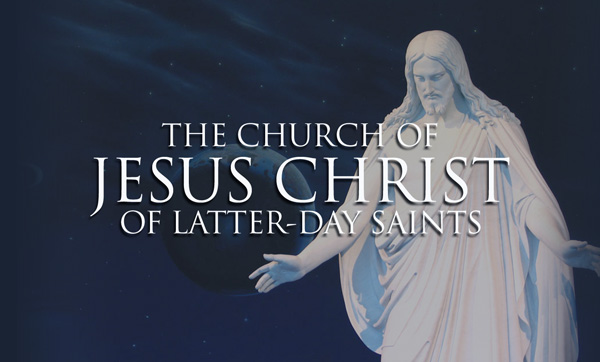 Doug and Tina were unlike anyone I had ever known. Doug was a small man, slight of frame without an ounce of fat on him, almost skeletal in his appearance. His facial hair was scraggly and unkempt, his hair oily, his eyes sunken back a bit, and his years of smoking and drinking showed in his forty year old frame. He worked long hours at the meat counter in the local grocery store, up at 3 am and working until evening, and he liked his evenings at home quiet and uncomplicated. He was quiet, simple, and easily cheered.

Tina, his girlfriend, was his opposite in nearly every way possible. She was short and very round, with short styled hair and light makeup on. She dressed comfortably and was warm and friendly. She loved her life and radiated happiness. When she wasn’t home with her son, working hard to raise him as a single mother, she had a clerical job that she enjoyed. Tina laughed easily, remembered names, and longed for deep and sincere friendships.

The day Elder Winward and I knocked on their door in Allentown, Pennsylvania, wearing our full missionary gear, Tina’s young son Keith answered. He was four and he had a constant look of mischief in his eyes. He had a toy gun in his hand and he pointed it at us as he asked who we were. Soon, we were invited inside. Tina told us about herself and said she had been looking for a church to attend. We taught her a lesson about the Mormon Church and gave her a Book of Mormon, inviting her to pray about it and asking her if she would be willing to be baptized if she felt the holy spirit tell her the church was true. She had only known us for 30 minutes, but she agreed. We swiftly made an appointment to return.

I remember feeling so light and happy that we had found someone who wanted to learn. Missionary efforts over the first few months of my mission had been strained at best. We had taught dozens of people, talked to hundreds, and knocked on the doors of several hundred, but none had really gone anywhere. We had taught a group of teenage girls for a time. One of them, Dana, had opened up to us about her history of sexual abuse, her penchant for cutting her wrists with blades, and her escapes from reality with drugs; she had come to church with her mom’s blessing, but had not felt welcomed by the young women in the church congregation and had decided not to return. Another couple, Victor and Monica, had been eager to learn from us for a time, but had consulted with their pastor who told them to run from us and that Mormons were a cult, and they had angrily told us to never contact them again. We had had countless experiences with rejection, but still no baptisms. And as always, I felt like it was my fault.

The closest we had come to a successful conversion had turned out to be a gay man, Richard, a man who had hoped to find kindness and acceptance in the Mormon faith but who, in his baptismal interview, had been told that homosexuality was equatable with murder, and he had fled from the church after that, hurt and angry. (I never told Richard I was gay too).

But Tina, she was eager to learn. She came to church, she read the scriptures, she asked questions. During our lessons, Doug would join us slowly, reluctantly, more in an attempt to appease Tina than out of any real interest. She liked the messages of the gospel, of wholesome living, of eternal families, and of missionary service. During the discussions, when Keith would act up, either Elder Winward or I would leave the room, playing with him on the other side. Keith struggled in the primary program at church as well, and Tina patiently worked with him to get him used to church every week. She wanted that stability for her son.

Doug and Tina struggled to fit into the Mormon congregation. Both were smokers, they were living together and unmarried, they didn’t know all the protocols and traditions, and they had a rambunctious son. In addition to that, they didn’t have a car and needed a ride to church each week. After they started coming to church, the bishop pulled Elder Winward and I aside, asking us to please focus on teaching potential converts who could transport themselves to church, as providing rides put undue strain on members of the church who were already overburdened. Still, despite the struggle to acclimate, they kept attending church, faithfully, nearly every week.

Within a few months, Elder Winward was transferred to a new area. and Elder Jasons became my new companion, and he and I kept teaching Doug and Tina. She quit smoking and drinking alcohol, and she encouraged Doug to do so. Not wanting to live in sin, they chose to marry, and Tina beamed with pride that day with her new husband at her side. Soon after, she realized she was pregnant, and she felt wonderful about the possibility of new life and what that meant for her family and her fresh start.

When they agreed to be baptized, Doug had to have a special interview with the mission president, much like Richard had because he was gay; Doug had previous arrests from his younger days and had been in jail before, so he had to be cleared for baptism, and soon he was. The day of the baptism approached and Tina asked me, with tears in her eyes, if I would be the one to baptize her.

The day of the baptism, Tina gave me a gold chain with my initials and the baptism on it. She thanked me for helping her find the truth. Elder Jasons baptized Doug first (even though he hadn’t given up smoking completely yet), and then it was my turn to baptize Tina. I remember joining her in the water, I remember the smile she gave me and the love that was in her eyes. Later the bishopric would tease me about my “Hulk-like strength”, rather cruelly, due to the effort it took to get Tina down under the water. (She weighed over 300 pounds). My prayer had been sincere, eager, uttering the baptismal words that had been used millions of times before in millions of other baptisms.

After using her full name, I had uttered simply, “Having been commissioned of Jesus Christ, I baptize you in the name of the Father, and of the Son, and of the Holy Ghost. Amen.”

And then she had been submerged. And that was all it took, a symbolic death and rebirth, a ritual to show dedication to Jesus Christ, a washing free of sins and the beginning of a new life as a member of the true church of God. After Elder Jasons left, I stayed another two months in Allentown with Elder Burke, and I regularly visited Doug and Tina, and saw Tina and Keith at church every week. They knew I would be leaving soon, and we all felt sad. Tina wrote my mother a letter back home telling them how I much I meant to their family.

And then in July, I was transferred to another area, in northern Delaware this time, only a few hours away, but I knew I wouldn’t get the chance to see Tina and Doug and Keith again. Shortly after I left the area, they stopped going to church, and when I expressed my concern to my mission president, he had sighed and said that was a problem he continually saw, that members who were baptized were more attached to the missionaries themselves than the church organizations, and that they often went inactive when the elders were transferred.

I wrote to Tina for a time, and she wrote back. Later that fall, I received a birth announcement from her. She had given birth to a healthy baby boy. And she had named the baby Chad. “Because of who you are and how you changed my life.” Honored beyond belief, I wrote her back.

I never heard from her again. It’s been 20 years, and somewhere in the world is a young man named after me that I have never met, and whose life I know nothing of. We fell silent then, and I kept knocking on more doors, looking for more souls to save.