A few days ago, it was reported that Aaron Hernandez committed suicide in jail. Hernandez, a famous sports star, rocketed into super-stardom when he was convicted of a brutal murder, and it came to light that he had been suspected in other murders. The reports on his death were grisly and left many questions.

When I checked my Facebook feed, a friend had posted an article about the death of Hernandez. I read the comments that followed the posted article. One, written by a gay man that I know, read, “He was hot! I wish he’d murder me!” 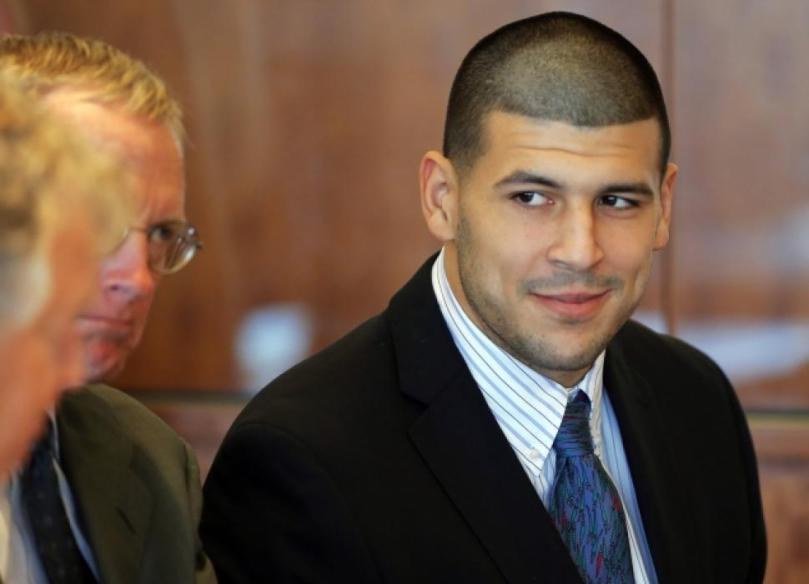 As I processed through that statement and all that it implied about humanity, human consciousness, and social media, I scrolled farther down, where another friend had posted a meme about Hernandez committing suicide, a meme that also included Robin Williams, Kurt Cobain, and others, with a horribly unfunny joke about suicide. The friend had just written one thing about it. “What, too soon?”

I closed my computer and stepped away for a moment. As a professional, I have worked with the loved ones of those who have committed suicide many times over, and I have seen the emptiness, the pain, the shock, and the horror on their faces after the news comes in and in the days and weeks that have followed. I have also, to a lesser extent, worked with the families and loved ones of both those who have committed murder and those who have lost someone to murder. Going through something like that changes a person forever, irrevocably haunting them for the rest of their lives.

My mind flashed back to a few years ago, when I was running an LGBT history channel on YouTube, doing daily posts on events related to LGBT people and history. One day, I had done a post on Jeffrey Dahmer, a gay man who had committed dozens of horrific murders that defy explanation or understanding. Dahmer, now a legendary and, dare I say, celebrated serial killer was later violently killed while incarcerated by another inmate. The research I had done into his life and crimes had haunted me for days. I posted the video on social media, and someone in seconds had committed, “Mmm, look at him. Getting killed by him would have been worth it.”

These thoughts stuck with me for a few days, disturbing, hanging out in the back of my brain. These people I knew were sexualizing murderers. Passive comments, for sure, and given without much thought. But an errant joke about suicide isn’t that funny if you’ve lost someone to suicide, and an errant joke about murder–well, frankly, neither one of them are funny at all. The killers and the victims were fathers, brothers, sons. They were humans who had lives and potentials. And when they were taken, gone, their pasts were all that were left. All of their potential, all of the paths they would have walked, all of the children they may have brought into the world, all gone with them.

My brain dredged up to similar comments I had heard over the years. When Dylan Roof killed 8 black worshippers in a church, I read a comment about ‘at least he killed old people’ on social media. In high school, when stories about Mary Kay Letourneau hit the media telling of how she had had sex with a much younger student, I remember some of the guys in my high school saying how lucky the student was, how much they wish they had had a teacher like that.

I wondered to myself the kind of world that we live in, where we as a culture are more focused on how hot or how young someone is, how desensitized to the news we are that we search for the horrific and titillating details, details which ultimately have little impact on us. This is a world where a woman makes a post on social media in support of Planned Parenthood, and a stranger comments on her feed that she deserves to be raped.

As I prepared my thoughts on this particular blog entry, I took a break and clicked on the news button on my iPhone. Four featured stories popped up, as they usually did. Something horrible about Donald Trump as usual, and then a detailed report about hundreds being killed in Syria in a brutal attack. Beneath that were two more stories, one about a celebrity divorce and a fourth about a celebrity’s plastic surgery mishaps.

A cold calm came over me as I realized the programming here, the way we view the news itself, the way we are indoctrinated into seeing the world. Hundreds of Syrian deaths mean nothing to those who aren’t Syrian, but the celebrity divorce gets clicked on because we have seen these people in a few movies. And the advertisers pay more for the stories that are clicked on. How quickly we cultivate an inability to feel horrible when we read something horrible. How swiftly we devolve into unsympathetic creatures when we scan the photos of murderers and victims and we focus solely on how attractive they were. We consider the mass deaths of strangers as shrug-worthy, and the tragic deaths of the young and beautiful a true tragedy.

And we are surrounded by men and women who feel no grief at the loss of life, yet they find value in the looks of the killers.