I believe in the fundamental goodness of people. I believe that even when people act in a sense of self-preservation for self or family, that they believe they are doing the right thing. I also know that there are individuals and organizations in the world that are fundamentally evil, that are willing to exploit, corrupt, steal, and murder to gain power. I recognize that all individuals are not part of these organizations, yet that these organizations, at times in history, influence public opinion in such dangerous and terrible ways.

As an American citizen in 2016, I sit with a sense of panic about the days ahead. This week, Donald Trump was officially put in place as the President Elect by the Electoral College of the United States. I am not the only person to be outraged and saddened by an election. I am not the first person to see progress seemingly stunted or halted temporarily. I look backwards at some of my heroes, like Gloria Steinem, who fought for the perfectly reasonable Equal Rights Amendment, tirelessly and for years, only to see it ultimately fail. (It still hasn’t passed). Abraham Lincoln had to take the country to war to end slavery, costing hundreds of thousands of lives, yet racism still exists in many forms. Malala Yousafzai only recently became an icon after being shot in the head for being a Muslim girl who wanted the right to learn, yet many Middle Eastern girls are still denied access to education.

Ultimately, we only dwell in the present. In the present moment, we experience and feel, looking backward to the past, while fearing and hoping for the future. And in the present, we justify our actions, our votes, our decisions with our present reality, and can only look back later with hindsight.

We sometimes throw around the phrase “the wrong side of history”. What that fundamentally means is there are a lot of people, looking backwards, who made decisions in their present realities, things that with a slight amount of historical perspective can no longer be understood.

Overlooking for a moment the corrupt organizations referenced above, let’s look at the individuals along the way who have been fundamentally good, who were only dwelling in their present and wanting to do so with as much ease and grace as possible, but who ended up on the wrong side of history.

Look at the bus driver who told Rosa Parks to give up her seat at the back of the bus to a white person, and called the police when she refused to.

Look at the first President of our country, George Washington, who made sure to move his group of slaves South every so often, to make sure they didn’t qualify for freedom by staying the North for too long.

Look at the county clerk in Kentucky who simply refused to give a marriage license to a gay couple, choosing jail over compromising her personal principles.

Look at the German family who turned in their neighbors for harboring a Jewish couple in their basement, afraid for their own lives if they didn’t speak up and were thus held as complicit.

Look at the young black female who turned in her older brother to the plantation owner after hearing her brother’s plans to run away, knowing that her brother would be punished, but not wanting the rest of her family to be punished after he fled.

Look at the early American settler who believed it was more humane to sterilize the Native American population, to force them to become Christians, in an attempt to save them from their own savagery.

Look at the house wife who scoffed at the Suffragettes for fighting for female equality, chanting that these women should know men were better suited for the work outside the home, that women should know their proper place.

Look at the judge who found the young man innocent of savagely stabbing a gay man who had flirted with him, believing that the gay man should have known better and not wanting to ruin a young man’s life for one moment of insane and violent passion.

Look at the woman who served lemonade to her friends and neighbors, smiling and laughing at jokes while the tree branches strained to hold the bodies of two lynched black men above them.

Look at the schoolteacher who told her students to never shake hands with a gay man or they would get AIDS, the disease God sent to punish sinners on Earth.

Look at the father who dropped his pregnant teenage daughter off at the nunnery, crying as he hugged her goodbye forever, unable to forgive her for the unpardonable sin of premarital sex.

Look at the nurse who performed her twentieth clitorectomy of the day on a five year old African child, mutilating her genitals, knowing the girl would heal and develop scar tissue and then save herself for her husband, never enjoying sex as the custom dictated, the same procedure the nurse had undergone as a child.

Look at the young small town man who stood guard at the gates of the internment camp, making sure no Japanese American citizen could escape as they might be a spy and could forever endanger American lives.

Look at the proud father who refused to share his wife’s bed after she had given birth to a third female child, forever shaming him in the eyes of the community around him, now seeking a new and worthier wife who would deign to give him a son.

Look at the teenage girl who carefully watched her classmates for signs they might be a Communist, looking over the checklist of signs given out by her school, scared that one of them might be among her.

My politics are not the politics of all good and decent people, I know this. Nor are my morals, my values, my ethics, my beliefs. I will not vilify someone for not wanting change, for wanting peace and security for their family, for voting for someone who stands against the things I hold dear.

But I will dwell in my present and stand firm. I will look backwards at those who sought the easy way for themselves and their families and who ended up being on the wrong side of history. I will learn from them as I view the world around me.

And I will look forward with hope, knowing that the future has yet to be written. 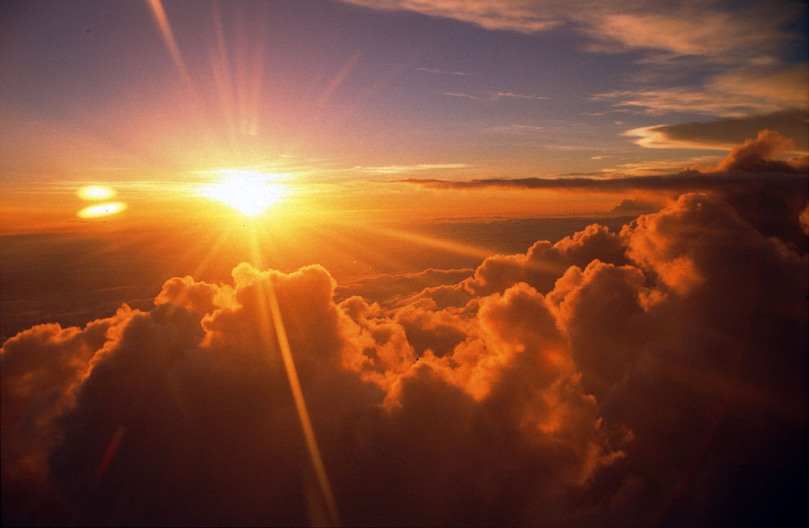