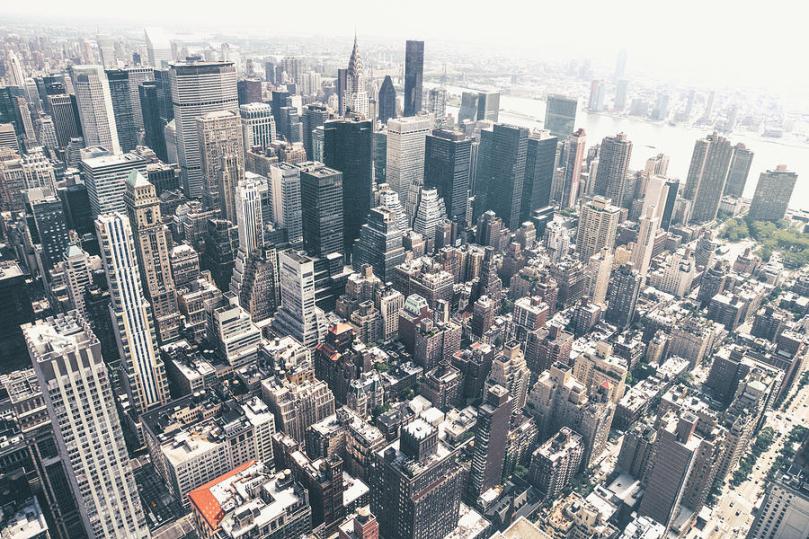 The old man pulled a stray sweater up around his knees and gave a little shudder of cold. He didn’t speak English, but some movements, gestures, and facial expressions go beyond language, and ‘I’m cold’ is an easy one to convey.

He was likely from India, Bangladesh, or perhaps Myanmar. He must have been over 80. His clothes hung on him and he had a classy cap on his head and a small pack in his hands. After I got on the bus at the Port Authority in New York City, he had made eye contact with me, getting consent as he took the seat on the Greyhound next to mine. And as the bus droned on, his head lolled back and forth in easy motions while he slept.

Two men sat in front of me, loudly bantering back and forth about the women in their lives. They had rich chocolate skin, and one had his hair pulled tight in rows while the other had dreadlocks that reached his knees in the back. They called each other the n word and talked about being unappreciated in their homes, working all day and not getting the love they needed at night. Though I listened for several minutes, I could never determine what their jobs were.

A Hispanic woman sat behind me, her hair dyed blonde, bright red lipstick on her face. She soothed a small child, around 9 months old I guessed, rocking him back and forth on her shoulder, clutching him protectively as she whispered things like ‘Mami loves you’ in his ear.

A white woman with red hair sat across the aisle, looking heartbroken. Her clothes were disheveled and she didn’t seem to have any bags with her. Once in a while she would look up and make eye contact with someone, but she would quickly look away, seeming frightened and sad.

The Greyhound bus driver had left his comm-device off its hook, and it created an obnoxious staticy feedback over the speakers, where there should have been radio. The static grew in intensity, sounding like an alien ship landing, then would go back to gentle white noise, and everyone kept waiting for the driver to notice it, but no one said anything. The bus was mostly silent except for that. From time to time, the driver would pick up the device and speak into it, and it sounded like a barely audible whisper, as he announced intersections or stops. “Is anyone asleep?” he said over and over. “Don’t want you to miss your stop.” But I had to crane my ears up to hear him over the static.

The bus drove through several neighborhoods in New York, through the Upper West Side, and Jamaica, and the Bronx. There were seas of people walking on either side, and endless buildings with businesses on the ground floor and apartments stacked up on top of them, 27 stories high on one building I counted. I pictured all of the people crammed into these small spaces, paying high rents for rooms, signing leases, acquiring ramshackle furniture, packing bikes and groceries up and down the flights of stairs, decorating small balconies and fire escapes with plants and chairs and storage items. I imagined what is must be like to raise a child here.

My eyes took in all the logos on the businesses. An apostolic church that advertised the 12 lost tribes of Isreal as all of the non-white races on Earth, a third floor barbershop where I saw black men laughing together as their hair was trimmed, students sitting on the sidewalk with papers and cups of coffee scattered around them in sidewalk spaces in front of coffee shops, flowers sold out of carts, a chandelier shop with a practicing psychic on the floor above it, on and on, endless, buildings stretching everywhere. Rainbow flags adorned many windows, especially on small bars, with the universal message that all were welcome within.

I watched the people, the beautiful people, rushing in every direction, people of every color and hue. Deep rich cocoa to milk chocolate to sepia, beige to deep earth to caramel, creamed honey to cinnamon to sand. So different from the streets of Utah, where any of these colors stands out in the sea of Caucasian on the streets. Here, regular white bread white was the hardest to spot. Men in traditional suits with red ties, women in flowing African robes, t-shirts and shorts, sundresses. Ball caps and hijabs and turbans and yarmulkes. Men jogging with dogs, women clutching hands with their children, grandmothers waiting for busses, everyone in a hurry.

The bus kept driving, over the river and out of the city, on through Connecticut and into Massachusetts where I would be spending my week with my sister and her wife. But I would be back in New York to explore in just a few days.

I had only been to the city once before, years ago, on a trip with two college friends. I had walked through the city, haphazard, looking at various places with casual interest, not daring to let myself be seen too much or heard to much at the time, as that was how I approached life then. I traipsed through Ellis Island and the United Nations, along Times Square and Broadway, in Greenwich Village and across Fifth Avenue. Now, I long to see it again now, now that I’m authentic and real, and to compare it to the other cities I’m learning to love: San Francisco and Denver, Seattle and Los Angeles, Portland and New Orleans, San Diego and Miami. What a rich and beautiful world it is.

But for now, it is a noisy, cozy, cold bus full of strangers, each with a story as vast and diverse and fascinating as mine.

One thought on “a bus ride through New York”