On countless Sunday church meetings growing up, I would perk my ears and open my heart and spirit, desperately listening for Priesthood leaders to deliver counsel on how I might cure my homosexuality. They remained silent, week after week.

Every six months, at General Conference, when the inspired prophets and apostles of the Church spoke to the membership, I would fast and pray and listen, and they remained silent time after time. I was left to my own efforts.

It was all the messages that fell in between the blanks that resonated the loudest with me. Men are to marry women, men who aren’t manly enough are sissies and failures, there is only one path to happiness.

And for a long time, I felt silenced, and alone, like I was the only one who could possibly be suffering like that. It wasn’t until coming out years later that there were dozens of others around me, also quietly suffering, silent in their pain and thinking they were alone. I know at least a dozen others from my high school, dozens more from my college class, and at least 10 other missionaries from my Mormon mission. And most ironic of all, one bedroom over, my sister Sheri was struggling with the same feelings.

And now I’m raising my children, and I’m seeing dozens of clients every month who grew up with the same stories, some of them past tense and some of them present tense.

“My parents wanted me to wear dresses and that just wasn’t me, and so I wasn’t as good as my sisters who were girly-girls. And the fact that I liked girls, too, forget it.”

“My mom was completely okay with me having a boyfriend. But when he and I broke up and I got a girlfriend, she just pretended we were roommates. For the next ten years.”

“My parents and my boyfriend love me as the man that I am, but I have no idea how to tell them I’m a woman. They keep saying ugly things about the transgender bathroom situation, and they have no idea that I’m right next to them, transgender myself.”

I live in Salt Lake City, Utah, which is a place of startling statistics, but a new one recently made the national news. Utah is now the only state in the country where the leading causing death for youth is SUICIDE. And many of those teen suicides are directly related to their shame over being LGBT in homes and cultures where those messages aren’t supported.

After I came out of the closet, at age 32, one of the first films I watched was Prayers for Bobby, a movie based on the lives of Bobby, a gay Christian, and his mother, Mary, a devout believer in her faith. After years of trying to not be gay, Bobby ended up taking his own life, and Mary went on to find compassion for gay people, and realized what she had done wrong in raising her son. Her words, the first time I heard them, moved me to tears, sobs, and shakes. I still get emotional when I read them. She delivered these words in a local government setting, trying to gain support for her cause, and sharing the message she had learned at much too high a cost.

“Homosexuality is a sin. Homosexuals are doomed to spend eternity in Hell. If they wanted to change, they could be healed of their evil ways. If they would turn away from temptation, they could be normal again if only they would try and try harder if it doesn’t work. These are all the things I said to my son Bobby when I found out that he was gay. When he told me he was a homosexual my world fell apart. I did everything I could to cure him of his sickness. Eight months ago my son jumped off a bridge and killed himself. I deeply regret my lack of knowledge about gay and lesbian people. I see that everything I was taught and told was bigotry and de-humanizing slander. If I had investigated beyond what I was told, if I had just listened to my son when he poured his heart out to me, I would not be standing here today with you filled with regret. I believe that God was pleased with Bobby’s kind and loving spirit. In God’s eyes kindness and love are what it’s all about. I didn’t know that each time I echoed eternal damnation for gay people, each time I referred to Bobby as sick and perverted and a danger to our children. His self esteem and sense of worth were being destroyed. And finally his spirit broke beyond repair. It was not God’s will that Bobby climbed over the side of a freeway overpass and jumped directly into the path of an eighteen-wheel truck, which killed him instantly. Bobby’s death was the direct result of his parent’s ignorance and fear of the word gay. He wanted to be a writer. His hopes and dreams should not have been taken from him but they were. There are children, like Bobby, sitting in your congregations. Unknown to you they will be listening as you echo “amen”, and that will soon silence their prayers. Their prayers to God for understanding and acceptance and for your love. But your hatred and fear and ignorance of the word gay will silence those prayers. So, before you echo “amen” in your home and place of worship, think. Think and remember, a child is listening.” 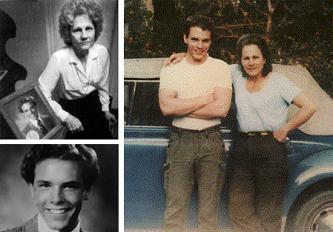 While these issues hit me as a professional frequently in my therapy office, they far too often hit me personally as well. A very dear friend of mine recently came out as gay to me, and another close friend told me she is transgender; both are vastly afraid to come out to their peers and family, to make painful transitions into new lives. And another dear friend of mine recently called me to tell me her son’s best friend, a well-known gay Mormon teen, had taken his life. I sat with her as she shared how much pain she was in, and how scared she was that her own son would be next.

Outside of all the statistics, outside of the war between conservative and liberal or church and state, there are human lives all around us, children and adults listening in every corner of every room, many of them suffering. Lives are at stake. Choose your words and actions carefully.

One thought on “Children are listening”