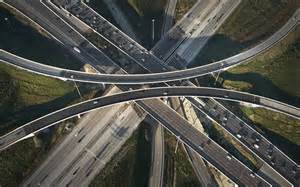 Sometimes I don’t have anything to blog about.

Some of my best blogs come from deeply painful places, from emotional barbs that have to be worked out from my flesh with sharp grips. Or sometimes they represent self-discovery, a breakthrough I’ve been chewing on for a few days like a leathery piece of turkey jerky. Or sometimes they come from a place of righteous anger, a sense to vent about the social injustices of the world. Often they come from places of inspiration, bonding moments I have with my sons or my mother or a close friend.

But sometimes, I just don’t have anything to say, even when my brain never stops working.

I’m flooded with inspiring ideas that will never bear any fruit.

The other day, I drove away from Las Vegas at 3 in the morning and planned out a blog in my head about the desert at night with all the drunk people casually gambling with no concept of time. Then I turned on the radio and heard an old favorite song. I sang along, turned off the radio and sang it two or three more times, getting the idea to put up a YouTube channel with me singing a different song every day that inspires me, and then I deleted that idea because that would be one more thing I begin that I would be proud of but never know how to promote. Then I turned on a book on tape about the life story of Jerry Lee Lewis, and I spent the next few hours laughing and annoyed and outraged and inspired by his very weird life, and thought about writing a piece about him and wanting to buy and listen to all of his music now.

I kept driving and I thought about a getaway, something long and enduring, a few weeks where I could have pure, uninterrupted creative energy, but deleted that idea because I would miss my children and I have bills to pay and clients to see. Then I thought about how confident I felt just a few months ago, determined and sure that my LGBT History channel on YouTube (also called Snapshots) were going to take off and be successful, how the quality of the video and the content would just keep gaining and expanding, then I thought of how quickly that confidence had dissipated when I realized that even the people I was paying to support the product didn’t really believe in it, and how the failure to launch was really teaching me a lesson in humility. I thought about efforts to expand or reduce content, wearing a suitcoat to make myself more presentable, generating taglines and mission statements, and even throwing it all into a podcast that went nowhere, and how even though I’m still putting out the videos, my dreams for the project feel like they are tucked into a cardboard box I’ve placed into the attic.

I thought about other ways I might feel more successful with my writing. I thought about making inspiring music videos, or humorous blurbs about animals with unfortunate names, or posting daily images of terrible comic book covers from decades ago that are incredibly hilarious now, or reading my blog entries out loud and putting them online. I think of people who are doing what I want to do, like Anne Lamott and David Sedaris and Mary Roach, and doing it so brilliantly. I thought of all the people who make money on YouTube melting things or blowing things up or doing make-up tutorials or instructing dance steps or looking pretty while interviewing people.

I thought about writing books, and making documentaries. I thought about the graphic novel that I worked for five years on and that I was so proud of and how there are now boxes of them sitting in my closet, unread. I thought of getting in shape and the excuses we use to stop ourselves. I thought of the last guy I tried dating and how the early magic of the relationship had become weighed down by the human realness of adult life: jobs and kids and family and distance and communication, and how that made me sad. I thought of ghosts. I thought of constantly struggling to find our places in the world.

Then I sang, and listened, and thought some more. And the sun came up over the red hills and I stopped for coffee and sat on a curb and drank slowly as I willed my brain to be still. I saw the sun in the sky, the cars speeding by on the freeway, the isolated homes in the distance, and the small ants climbing near my feet.

I thought of silence, and ambition, and adventure, and independence, and my children.

And then I filled my car up with gas while I thought about thinking, and got back in the car to think some more.