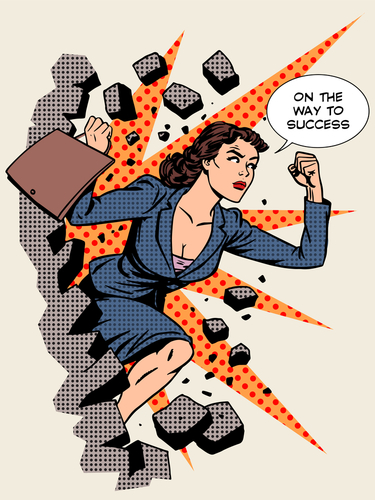 “There had better be righteous indignation,” my ex-wife told me, a mix of humor and outrage in her voice.

I laughed. “Okay, I think I can manage a bit of that. Let me have it.”

I heard her clear her throat over the phone and then take in a long breath. “Okay, you remember how I wanted to change my last name back to my maiden name?”

“Well, if you remember, when we got married, we had to get the wedding license and then it only cost like $15 to change my last name to yours. I filled out a form and then just informed the companies. I had to get all my identifications changed over, like my driver’s license. It was a hassle, but relatively easy.”

“Okay, so I went in the other day to see if I could change my name back. I was informed that if I had wanted to do this at the time of our divorce, it would have been a simple process. I request the name change, I pay the $15, and the name is changed back. But now… now since it has been a few years since the divorce, I have to go through this whole process. Apparently it costs around $450! And, get this, I have to have your permission to change it back! We’ve been divorced for years!”

“Yes! She told me that you have to give a letter of consent to change it back.”

“If you were getting married again and wanted to change your name, what then?”

“$15. No hassle. But if I, as a single independent woman, want to change it, it’s several hundred dollars and permission from my ex-husband.”

I sat back and absorbed all of this for a moment, trying to make rational sense of it, turning on the analytical part of my brain. “Okay, part of this doesn’t surprise me. We live in Utah, obviously. There was a mandatory 3 month waiting period before the divorce was granted, and they made us take that divorce class where the presenter basically kept asking, ‘are you sure you want to get divorced? really really sure?’ Plus, Mormon men can marry a woman in the temple, get divorced, marry another woman in the temple and still be considered married to the first woman. Women get married in the temple, get divorced, and if they want to get married in the temple a second time, they have to get permission from their ex-husband to have a temple divorce first. Clearly, this policy stems from the culture.”

“Yes, but that doesn’t make it any less outrageous!”

I thought for a split second before deciding to make a joke of the whole thing, knowing her sense of humor. “Well, if you wanted special privileges in Utah, maybe you should have just been born with a penis.”

I could almost hear her rolling her eyes over the phone. “Ha-ha,” she responded without humor.

“It really is horrible, Meg. Truly. I don’t know what to say.”

“Men!” She answered, half-joking and half-serious. “Seriously, this whole system is set up for men. And here I am talking to a white man!” We both laughed, then she added, “Except you’re gay, so that makes you just slightly more tolerable.”

We ended the call shortly after that, and I sat reflecting on the state of the world, where such needless barriers were put in place. I pictured myself bringing this example up in one of my old social justice classes that I taught in college, using this as an example of oppression. One of the white male, Mormon students in the back would have raised his hand and given an argument like “I’m a white male, and I like women, so I’m not sexist. And I don’t think the law is either. If it was a man who had changed his name to his wife’s last name and he wanted to change his name back, he would have to go through the same process.” And then I would have quipped with a speech about the societal pressure and value that is placed on couples to marry young and for the woman to take on the man’s last name. We would have gone back and forth for a time, two white men arguing about women’s rights.

I sat down on the couch, a bit exhausted with all of it, and wondered how different the world might be if at least 50 per cent of the elected leaders were women; truly, more than that is what is needed, because how long have men been at it, and how much more fair might the world be if women took the lead.