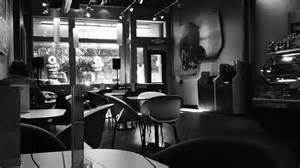 “My dog died the other day. I’ll tell you, I’ve never cried over a woman like I’ve cried over that dog.”

The man pushed his glasses up on his nose, then used his fingers to smooth the wispy mop of hair across his balding head again, tucking a few strands behind his right ear.

His friend, of the same age but with much darker skin and a thick grey moustache, took a bite of the spicy noodles he had brought into the coffee shop in a Styrofoam container, wrapping the noodles around his plastic form ineffectively and then cramming the bite into his mouth. A large chunk of noodle fell back into the container. He made his friend wait several seconds while he chewed, then talked with his mouth full.

I set aside the project I’m working on one table over, unable to focus, a silent witness to these two old friends meeting to discuss women and dogs over coffee and noodles. My pen began moving over my paper, taking notes, and they never seemed to notice me.

The man in glasses laughed a bit, then sat in silence for a bit longer. He looked at the table when he finally spoke.

“I mean, she was a good girl. Faithful. Always at my side. None of my wives ever did that.”

The man with noodles smoothed a napkin over his lips and moustache, pulling it away to reveal pink remnants from the noodle sauce.

“How many times were you married again?”

“Three. The first one was the longest. Three kids. We were together 20 years. I’m still not sure what happened to that one. She just said she didn’t love me any more and then she was gone. That next one, that was the love of my life. I was about ten years older and she had a kid, but we were animals together. The sex, the fights, everything with her was just passion. That one took me a lot longer to get over. She was just everything. And then she met some younger guy. I can’t blame her. I have a lot of miles on me.”

“That’s when you got Millie, right?”

“Oh yeah, I got Millie during my single years. I a lot of women in those years, I’ll tell you, but Millie was the one that stayed by my side. It about killed me when she got hit by that truck.”

“And that’s when Mary came along, right”, the second man spat through his noodles.

“Yep. Mary was a good old gal. She had miles on her, too. Met her at that bar. Not a lot of passion, but we just kind of fit. We needed each other. She was my third, I was her fourth. I wasn’t working anymore. We got married quick. It was nice, but kind of boring. We watched TV a lot, drank a lot. But then she just kind of up and moved on. I guess we’re still married technically.”

The men sit in silence, sipping coffee and munching noodles. A full minute passes, before the noodle-eater speaks again.

“Well, like I said, dogs are better than women anyway. I’ve had, what, two, three dogs at once and they are always glad to see me. Doesn’t matter if I’m drunk, if I’ve showered, if I have a beer belly, whether I shaved. Long as they are fed and petted, they will curl up right next to me. Three at once. Name a woman that will do that.”

Another sip. “I just can’t believe I lost another one.”

A hearty, awkward laugh through a bite of noodles. “Another what? Woman or dog?”

“But who needs ’em! Either one of them!”

“I hear you there, brother. The older I get, the more I learn about that there particular piece of wisdom.”

Both men laugh for a moment, then slip into more silence.

The man closes his now empty noodle container. “Well, brother, we’ll find you another one. A dog, I mean. Then maybe the dog will bring you a woman.”

The men clear the empty cups and containers off of their table, scoot their chairs in, and stand near the garbage, where I can still hear them.

Both men walk out of the shop, laughing heartily, one’s arm around the other shoulder.