A little over a year ago, I decided to try my hand at hosting Airbnb guests in my apartment. A nice easy way to make a bit of extra cash, I thought, and I like meeting people.

I was part of the online Couchsurfing community years back, when I tried my hand at visiting some cities to promote my new comic book ideas, long before I was published, and I hadn’t had any bad experiences.

So I set up a room in my basement, a nice cool space with a queen size bed and another twin, memory foam mattresses with plenty of blankets, a private bathroom, free wifi, and full use of the kitchen and dining room areas. Little things make a big difference in pricing on Airbnb. Having a private entrance that locks, for example, and having variable check-in and check-out times.

I live in an older space, so the recommended pricing on my apartment is generally between 25 and 45 per night, sleeping up to three people. A pretty decent deal, when nearby hotel rooms with similar amenities but no kitchen run double or triple the price. But hosting isn’t always so easy. I work a lot, so accommodating people’s arrival and departure times isn’t easy. Some guests check out at 4 am, some at 11 am (the latest check out time), and others want late check outs. Some guests arrive hours early, some at 5 pm, and some in the middle of the night. And I have guests nearly every day, so I have to find time to be home between guests to clean the basement up: changing bedding, doing laundry, cleaning the bathroom, changing the garbage, and vacuuming, plus making sure the rest of the house is presentable. And it’s preferred to be there when the guests arrive and depart, but I often just have to leave a key out for them, or have them leave the key and lock the door behind them.

Despite all of this, I have had mostly good experiences in hosting. I have had guests from all over the world: Colorado, New England, Florida, New Brunswick, Mexico City, Tehran, Dublin, Paris, Rome, New York City, Addis Ababa, Moscow, Osaka, Shanghai, Bombay. By and large, people are pleasant, kind, good communicators, respectful, and clean.

But every 7th guest or so, I’ll have a slightly negative experience, something that makes it feel not worth it at all.

The guest who sends passive aggressive text messages at midnight about some random complaint.

The guest who is pleasant in person, but then leaves a passive-aggressive comment about something online, rather like an errant Yelp review, about how the place was filthy when it wasn’t, or how I stomped on the floor above them all night when I didn’t.

The guest who uses my groceries without asking.

The guest who hangs out in the living room all day, seemingly traveling halfway around the world to plop himself on my couch and never leave.

The guest who expects excessive amenities with his 25 dollar room rate, like free laundry detergent, surround sound, and a foot massage.

The guest who comes to get away and drink or drug out in my basement, making little effort to clean up after himself afterwards. Also, the guest who makes way too much noise late at night.

The guest who cooks the stinkiest fish I have ever smelled at 1 am, leaving the aroma to assault me in my sleep one floor up.

And the guest who leaves the surprising messes behind, unflushed human waste or a pile of sand spread over the carpet.

Overall, I suppose it is rather like the hotel industry, you never quite know who is arriving to stay in your room and you have to try to be accommodating. The difference being, of course, that this is my home. When I stay in other people’s homes as an Airbnb guest, I work hard to be respectful, quiet, clean, forthright, and understanding, yet not everyone has the same value systems as me.

I’ve met a lot of very cool people through Airbnb. The man from Tibet who brought me an orchid as a thank you for letting him stay, the young musicians newly married traveling around to launch their careers, the elderly parents from Japan here to see their only daughter married to an American, the young Frenchman who stayed for three months and turned out to be a great friend, the two Saudi brothers who made me laughing uproariously at their jokes on Muslim culture.

I sit back and marvel at the new innovations in industry happening in the world. People are launching their own home businesses by selling items they pick up at garage sales on Ebay, by doing magic tricks on YouTube stations, by using their car as a taxi and their home as a hotel. The world has never been more connected as we draw in to each other around the world over the Internet, yet never disconnected as we stare at our big and little screens.

Overall, I do Airbnb for one simple reason: it helps pay the bills. Having an extra (on average) 30 dollars per day is a small amount that builds up, because 30 days of that in a row makes up 900 dollars.

And that’s the face of American life more than any other: we do what it takes to pay the bills. 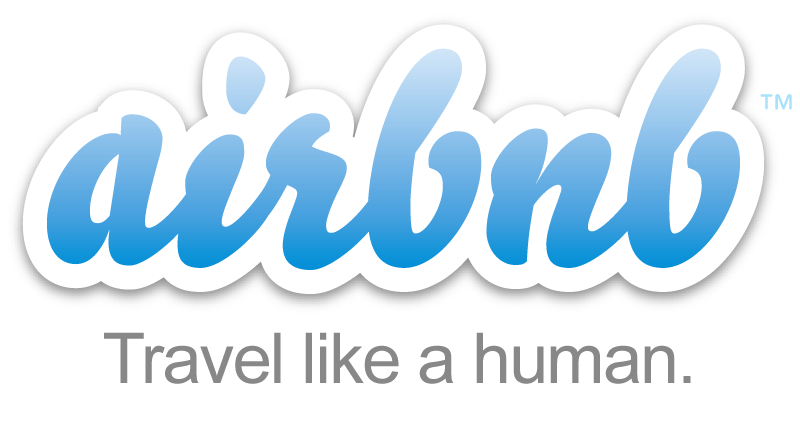