“A woman is like a tea bag. You never know how strong she is until she’s in hot water.” –Eleanor Roosevelt 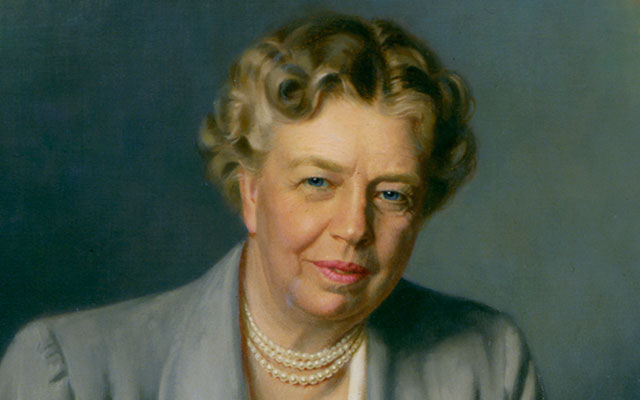 Christopher Columbus sailed around the world with a ship full of men, and hundreds of thousands of men followed, each seeking to stake a claim in a new land. America was founded on the principles of a fresh start, escaping poverty and oppression and building a new life in a new world. Civilization spread over the next two hundred years from coast to coast. Men came, men conquered.

And eventually, an organized civilization formed in the name of revolution. Wanting freedom from other men, these men declared war and, in time, won, declaring independence. These men formalized a government, wrote a Constitution, elected a president, put a court system in place, and began to govern the people. America was a nation of immigrants, unified in the cause of governance.

The land of the free, they called it. The home of the brave, they said, where all men were created equal. Except for the Native Americans, slaughtered, given diseases, and eventually shoved onto small pockets of land to contain them. Except for blacks, gathered on ships and stolen from their homes, then forced into slave labor for generations. Except for Mexicans, killed and manipulated in the need for acquisition of more land. And except for women, who were expected to bear children, serve in the home, and not participate in governance.

It took ‘the land of the free and the home of the brave’ until 1920 to give women the right to vote. Around 135 years after the formation of the country on the premise that all are created equal, the other fifty per cent of our citizens got their most basic right. (Keeping in mind, this was after we went to war to end slavery, decades before the Civil Rights movement, and nearly 100 years before same-sex couples would be granted the right to marry).

In 2016, population wise, there are more women than men by several million. Men make up most of the prison population, commit nearly all of the violent and sexual crimes (including, obviously, rape and murder). Men run most of the American businesses (around 85 per cent) and are paid more than women in nearly every position, often including fields where women dominate the work place (like social work and nursing). Men run most of the religious organizations in the country, almost exclusively.

And perhaps most shocking, men dominate in nearly every category of elected officials in the United States. A recent study showed that the United States ranks number 69 in the rankings of the world’s democracies in elected positions for women. In fact, Afghanistan has more women in government than the US. As does Pakistan. And Uganda.

In our presidential running this year for the Republican and Democratic primaries, we saw a bit more racial diversity among the candidates, though it was still dominated by white men (though some of them had racially diverse spouses), and one female candidate on each side. One. Carly Fiorina for the Republican party, and Hillary Clinton for the Democratic.

I, personally, am saddened and a bit horrified at the idea that we are still so far from having equal representation in our government. Men have been making mistakes in our government for  a very long time. And the only way women can break in is by playing by the men’s rules in the men’s systems, with men as their peers. And the country is still, by and large, very patriarchal and misogynistic, and makes it very hard for a woman to succeed.

It is with this awareness of history and focus on social justice that I went about researching Hillary Diane Rodham Clinton. Clinton was raised in Chicago by a hard-working father who taught her self-reliance, and a courageous mother who had been abandoned by her parents and abused by her grandparents before staking out life on her own terms. Hillary’s mother raised her to believe in herself, treating Hillary and her two brothers as capable in every capacity. Hillary was raised with an awareness of privilege and social justice, and knew very young that she would make something of herself someday.

Hillary married the handsome young Bill Clinton and moved to Arkansas, building a life for herself there as a successful attorney as Bill ran for various government positions. Hillary is now nearly 70 years old. During her life span, she has been the First Lady of Arkansas for nearly 15 years, the First Lady of the United States for 8 years, a Senator in New York for 8 years, and the Secretary of State for 4 years. That is a total of 35 years in public, over half of her life. She has also run two Presidential campaigns. She has championed education, women’s rights, children’s rights, LGBT rights, free information rights, and health care. She has survived public scandals and inquisitions, media feeding frenzies, and decades in the public spotlight. She has shown up time and again with courage, clarity, and strength in the face of opposition at every turn. And in my opinion, she has done so with grace, strength, and openness.

As Secretary of State, Hillary traveled the world, interfacing with male world leaders, many times as the only woman in the room. She negotiated with men who weren’t allowed to shake her hand because she was a woman, due to their own customs. She was courageous and strategic in each instance, and she stood for social justice in each encounter. She has a deep sense of history, change, initiative, and responsibility.

I don’t thank that any presidential candidate is spotless. But Hillary Clinton has my vote for three primary reasons: 1. She is simply the most qualified candidate up there. 2. She knows, first hand, what being president entails. She has, quite literally, lived it. 3. It is long past time we had a female in office.

It’s time to put more women in hot water so we can see how strong they are.